Following on from our recent cost of living research, which you can read more about here, Vivi Friedgut – Founder and CEO of Blackbullion – explores an unexpected finding from their Student Money & Wellbeing report, published this year.

When we commissioned our second Student Money & Wellbeing report earlier this year, I’m not honestly sure we were prepared for one of our key findings: the full extent of the widening gender money gap. We found several financial inequities emerging at this critical stage, with female students dependent on a 23% smaller average monthly budget than their male peers. (When referring to males and females, this is in reference to people who chose to identify as either male or female at the beginning of the survey. The survey additionally included options to identify as non-binary, transgender male, transgender female, agender or other, as well as the option to not share this information. Please refer to the report for more detail.)

Today, I’m tapping into the topline findings of Blackbullion’s nationwide study of just over 1,000 UK students. Still reeling from the impact of Covid, 75% of students actively worry about finances, with 57% of those saying this negatively impacts their mental health. Let’s break this down:

1. The cost-of-living crisis is drastically impacting a monthly budget shortfall for students

When asked, students said that an additional £395 each month would help them feel they could confidently complete their degrees. This is a 20% increase on last year and mirrors the rising cost of living emerging as the number one money stressor for young people; 72% of students feel very or somewhat worried about it, while 62% of students are still worried about the long-term impact of Covid on their financial future.

Unite Students’ own recent survey on the topic has revealed that on average, parents give their children £249.02 each month to help them cover the cost of living while at university – but this still isn’t making up the shortfall.

2. The money gap is widening between the genders

Females rely more heavily than males on money from their caregivers at 50%, compared to 37% of their male counterparts. If we consider this in context of rising inflation, adding pressure to household finances, and couple it with the financial fallout from the pandemic that students were already telling us about in January 2021 before the cost of living crisis truly emerged, it could go some way towards explaining why female students report having £136 less per month to spend on average than their male counterparts.

With Unite Students’ research showing that 73% of parents are ‘extremely worried’ about escalating costs and 43% of students are worried about the financial strain their university experience is putting on their parents or guardians, it’s likely that students are simply not able to get as much as they need from their caregivers to keep up with living costs at this time – and, by being more reliant on their families or guardians than their male peers, female students are feeling the brunt of this impact on their budgets.

3. The impact of money worries to mental health hits female students the hardest

When we dug deeper, we found that among students who reported a negative impact on their mental health, 95% also ‘regularly’ or ‘sometimes’ experience money-related stress. Within this group:

We’re also seeing how financial worries spill into other areas of the student experience; where students say that money worries negatively impact on their mental health, 71% ‘regularly’ or ‘sometimes’ feel isolated and 44% struggle to focus and study – the very reason why they’re at university in the first place.

In addition to female students’ greater reliance on familial financial support, further imbalance can also be found in money behaviours across both genders and could also indicate why female students have less to spend each month than their male counterparts.

For instance, we found that female students tend to veer towards more ‘traditional’ financial behaviours – they are 18% more likely to track their spending than male students, for example – whereas male students demonstrate a higher appetite for risk when it comes to money, being almost twice as likely to invest in stocks and shares, and four times more likely to automate their investments than their female counterparts. In the last year, 26% of male students surveyed have invested in cryptocurrency compared to 7% of female students.

This rapidly widening gender money gap is concerning, and we consistently see female students more exposed to financial pressures and their impact. What’s worrying for us is that, combined with a lack of financial confidence, young women are finding themselves entrenched in a difficult money relationship, that’s just not on their terms, from the outset. So for us, this means rebalancing this inequity.

With the cost of living crisis and the long tail of post-pandemic disruption, student finances demand urgent attention from government and education providers. There’s a unique opportunity to underpin the whole student experience with financial wellbeing and improve access to financial support, to help young people develop those lifelong skills and the confidence they need for a positive financial future. We’re ready to go – we hope you are too.

‘The climbing cost of living: Financial tips for students and parents’ – Unite Students’ guide with advice from Blackbullion – can be downloaded here.

You can also listen to Vivi in the latest episode of Accommodation Matters – download the episode below: 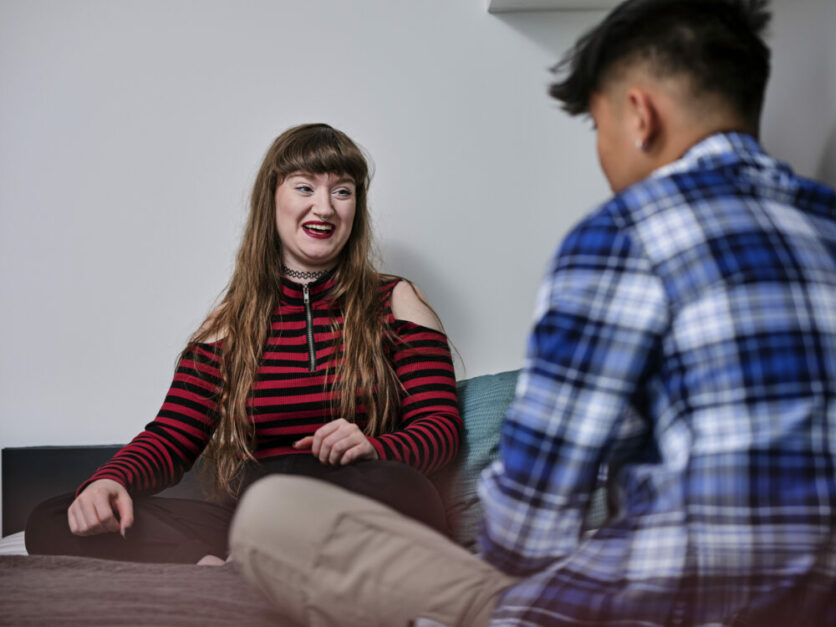