Parade Green was opened in September 2019 and houses almost 900 students who attend Oxford Brookes University. Located in a residential area, the property and was not initially well received by some residents.

There were complaints about noise and parking.

As the demand for student housing grows across the UK there is a necessary increase in the amount of purpose-built student accommodation. Despite this demand and the economic benefits that come with students, the reality is that the presence of student accommodation is not always welcomed. New developments can often be met with hostility and a reluctance from both locals and students to integrate into the community.

The team at Parade Green have worked with local residents’ groups as well as Oxford Brookes University and have managed to reduce complaints and establish themselves as a community player.

This success can be attributed to the appointment of a Community Champion. The role involved a nominated member of the team spending time with residents, listening in depth to their concerns and complaints on a one-to-one basis. An important part of the role was to attend local community councils and forums. This created a direct relationship with residents allowing the team to act on real concerns and feedback personally.

It was not only important for the local community to change their perception of students, but time was also invested to encourage students to positively identify with the community. This was done with the support of Oxford Brookes and warden residents within the property.

Had the Community Champion role been in place from the initial planning stages it is thought many of the initial problems and hostilities could have been avoided. As residents would have had a direct point of contact to raise and discuss concerns allowing the team to put certain measures in place from the day the property opened.

Procedures that are now in place at Parade Green include: 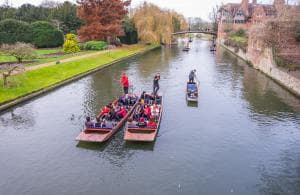