How can we use data to improve Black students’ experience?

The July meeting of the Unite Students Commission on Living Black at University explored how knowledge and data could be better harnessed to meet the needs of Black students and staff.

We live in the age of big data. It influences what we do, where we go, and how our experiences are shaped – but that all depends on good data being collected and used.

In our Living Black at University report, Black students raised concerns about allocation processes in student accommodation, which they felt led to racial segregation. And indeed, part of the reason that we commissioned the report in the first place was because of the data and knowledge gaps that existed around the Black student experience. Poor data about ethnicity and other protected characteristics makes it virtually impossible for universities and accommodation providers to assess whether their processes are inadvertently disadvantaging Black students.

It was with this in mind that we held our second in-person Unite Students Commission on Living Black at University meeting. Hosted at the University of Leeds, we focused on the themes of knowledge and data, with particular consideration of the report’s Recommendation 9:

“Accommodation providers should routinely collect, analyse and publish relevant data on the racial diversity of their residents and employees, as well as outcomes of reporting and investigation of complaints.”

We were joined Dr Nick Cartwright, Lecturer in Law at the University of Leeds, an expert in race and inclusion in legal education who worked on the Living Black at University report. His informative presentation, ‘Understanding what we know (and what we don’t know)’, explored the challenges, opportunities and limitations of data.

In the presentation, Dr Cartwright shared that he had made Freedom of Information requests from 132 Higher Education institutions in the UK in 2021. Asking how many students have faced disciplinary action, and requesting results by ethnicity, he found that 83% were unable to identify if their institution was disciplining students in racially discriminatory ways.

4 in 10 of the institutions contacted did not capture data by ethnicity, while worryingly, a third did not respond at all. Even among those organisations that did respond, many organisations were holding poor quality demographic data, with students being categorised by a binary White / ‘BAME’ divide, rather than by specific ethnic group.

During the breakout group discussions, Commissioners shared a number of issues they had encountered in their organisations. In some cases, when Commissioners had discovered that no ethnic data was held on their residents.

When requesting demographic breakdowns of the students in their accommodation, some had struggled to locate where the data was stored – sometimes having to go to several departments to get the specific information required, or being dependent on existing relationships with data and insight teams to access it. Alternatively, despite the wealth of data available to some universities, there wasn’t necessarily resource available to use or collate it.

Commissioners wanted to look further at sector-wide surveys such as the National Student Survey and the Global Student Living Index to explore whether more data on race and belonging in accommodation could be gleaned across the sector, and what lessons could be learned from this.

However, Commissioners felt that understanding the challenges across the sector was useful for knowing how to make progress, and there were examples of good practice in the room. One Commissioner shared a data dashboard that they had created on their student population with the demographic data that they could access – not only a useful, accessible way of displaying this information, but one that protected student data by aggregating it instead of using individual records.

Student room allocation was an important part of the Living Black at University report, with some students reporting that they thought blocks had been intentionally segregated: “My block was known as the block for Black people from London. I think it was probably intentional because there was also a block with mainly White students.”

The report clarified that while it was unlikely to be a deliberate policy by universities or accommodation providers, it could be “an unintended consequence of other allocation strategies, whether by time of application, qualification for guaranteed accommodation, or student needs and preferences.” At the meeting, Commissioners discussed the use of auto-allocation systems within universities and accommodation providers, and how these systems facilitated unintentional segregation.

This not only causes a hindrance to students’ desire to live in a diverse community at university, something that more than 8 in 10 applicants said they want in Unite Students’ recent applicant index, but can lead to more serious implications such as security over-policing majority Black blocks. It was suggested that EDI teams be involved in looking at these systems to prevent marginalised students from being segregated from others.

Beyond allocations, good data is important across the whole of the student lifecycle in their accommodation to understand more about the experience of Black students. For example it can highlight whether Black students are over-policed by security, or disproportionately involved in disciplinary cases. It can also help assess whether they are under-represented among those bringing complaints forward.

Trust and visibility of who owns the data is crucial

The topic of trust emerged multiple times from the original report: Black students reported a lack of trust in accommodation providers, the processes involved in reporting processes and their effectiveness, and in decision-makers to resolve issues relating to experiences of racism. It’s unsurprising, then, that a lack of trust in data collection and storage arose as a theme during the group discussions.

Anecdotally, our Commissioners reported that Black respondents typically proved harder to engage in surveys, panels and questionnaires. However, one Commission member raised that they had seen good response rates to a questionnaire that had been sent under the name of a well-known, trusted member of staff who became “the face of data collection”. The questionnaire additionally contained clear information about why the data was being collected, what it was being used for, and how it was being stored, creating a further sense of trust.

It also reinforces how important it is to have a diverse staff. One Commissioner had previously shared their experience of being seen as a trusted figure by Black students within accommodation, but at this meeting they further shared that their visibility in both recruitment and complaint processes helped Black students and employees to feel like they would be supported, and this encouraged them to feel comfortable raising race as a topic. Without this level of visibility, the institution could have simply assumed that race was not an issue.

Formal actions to support the Living Black at University recommendations will be available soon, but there is a takeaway for the sector right now.

Over the course of the meeting, Commissioners discussed the often prevalent culture of fear around data and complaints – the fear of exposing poor practice. But data can be a force for good, shining lights into corners and supporting universities and accommodation providers to make better decisions. Data and the resulting insight are essential to making positive change to existing processes and being more mindful of the needs of marginalised students. It takes courage for an organisation to make themselves vulnerable, and perhaps to uncover difficult truths, but it is only this level of courage that makes change possible.

You can read more about the Unite Students Commission on Living Black at University at our website, and see who is on the Commission in our ‘Meet the Commissioners’ blog. 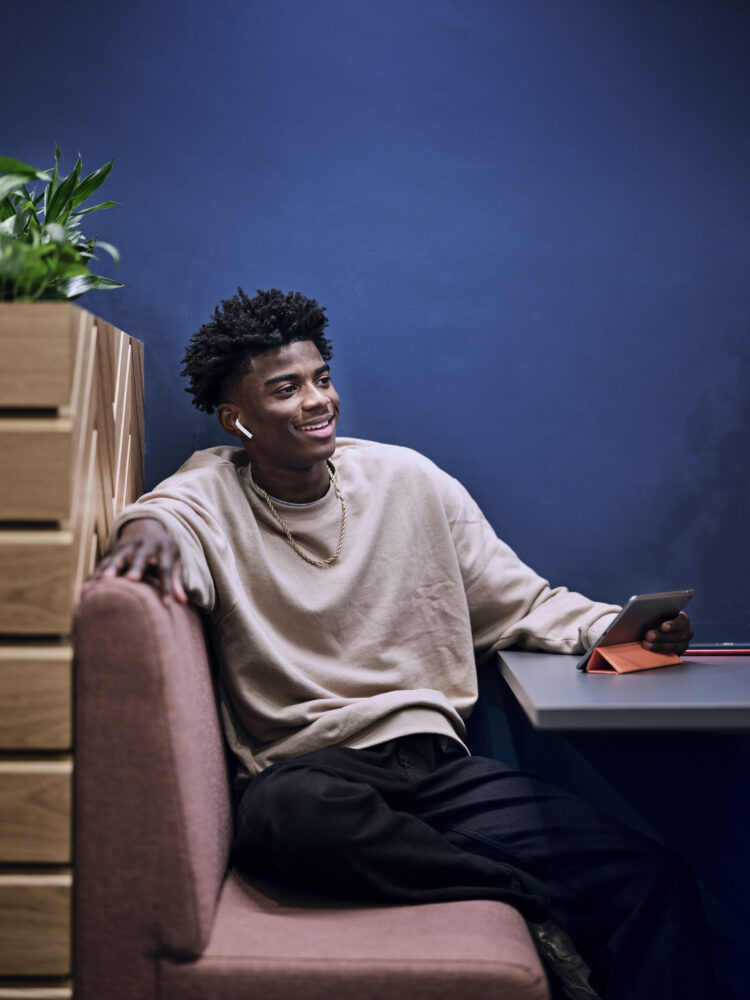