Unite Students’ Jen Steadman shares her first-hand experience of having depression at university, and how the Higher Education sector’s approach to mental health has improved in the last decade – as well as how Unite Students have contributed to that effort.

Having been surrounded by all things student wellbeing for several years, it feels strange to think back to a time where wellbeing and mental health weren’t a sector priority; you can barely move for conversations, headlines and research on student mental health and wellbeing. But a decade ago, it was not very visible on the sector’s agenda – and I was just one student who needed it to be.

When I first made my way to university in September 2010, I was filled with excitement for all the possibilities, friends and experiences that university life would bring. Fast forward four months, and I was disillusioned with my course, friends, and most of all, myself. My passion for the subject I’d always excelled at had gone AWOL while reading essays on poststructuralism and, as the butt of my well-read acquaintances’ jokes, my confidence soon followed it out the door.

I was no stranger to depression – I’d gone through this all before at 15, feeling the benefits of counselling just in time for my GCSE exams. But this time, Facebook was ablaze with pictures of my friends from home having the time of their lives on endless nights out: a world away from my bleak routine of crying, not sleeping, and watching Countdown in my kitchen.

While the intervening years have laid bare the reality behind some of those photos – and indeed revealed how common it is for students to endure depression and isolation – I felt completely alone in my experience, and even fantasised about getting into a serious accident so that I had an excuse to drop out.

Several months after I’d begun to withdraw socially, a friend mentioned that the university had a counselling service. I couldn’t believe that it had been there all along. But the lack of signposting made it feel like any struggles with the university experience were shameful and abnormal, reinforcing the stigmas I already felt: if the university didn’t want it to be in plain sight, it could only mean that they didn’t want people to use it. I decided not to bother.

One particularly rough day, I trudged to the English office to discuss my options: changing campus, or dropping out. Only an unexpected office closure came between me and a different timeline. Taking it as a ‘sign’ that I needed to ride out my struggles, I resolved to grit my teeth and get on with it; two years later, I graduated with a First, but filled with self-doubt and social anxiety where others had joyful memories and lifelong friends.

Higher Education gets a grip on mental health

Having struggled so much with my time at university, it still surprises me that I’ve since come to work in the HE sector. My first week working in its orbit at Red Brick Research involved helping out at 2018’s Global Student Living Conference, themed around student wellbeing. Here, I learned that there had been a fivefold increase in the number of students reporting mental health issues over the previous decade. Discovering that experiences like my own were prolific was a real shock, but one thing shocked me even more: how seriously the sector was taking it.

Prominent figures within the sector – including my now-colleague, Unite Students’ Jenny Shaw – took to the stage one by one to outline not only the scale of the issue, but strategies, best practice and resources to tackle it. Professor Jon Scott, the University of Leicester’s Pro Vice Chancellor, mentioned in his opening talk that his university was relocating its counselling services to the centre of campus, a symbolic move that I could scarcely believe given how clandestine these services had previously been. Higher Education, which for so long had felt like my bête noire, suddenly felt like home.

But change had been simmering below the surface since before I’d even applied to university. Mental health charity Student Minds began in 2009 as a self-help group set up by a small, grassroots group of students, rebranding in 2013 – the year I graduated. At universities, Student Unions and student reps tried to raise awareness, while in the wider world, celebrities began to speak frankly about their mental health struggles. This began to create a culture of mental health issues being normalised and taken seriously, when just a few years earlier, Britney Spears’ very public breakdown had been a source of entertainment for the media and public alike.

Against a culture of change, the Higher Education sector was slow to act, even though the number of students declaring a mental health issue in their university applications had rapidly grown. Student services had been in place at universities for years, but were not always sufficiently funded, staffed, or equipped to respond to students with serious or ongoing mental health issues.

To meet rising demand, universities were slowly starting to offer broader welfare support, often working with GPs and other health services – but when a cluster of suicides at the University of York hit national headlines in 2016, the whole sector was jolted into swifter action amid public scrutiny and a university investigation.

2017 heralded a sea change, with the publication of Stepchange, Universities UK’s student mental health framework, and the Student Living Report, which covered the findings of Student Minds, Nottingham Trent University and UPP’s ‘Student Living’ project. The Higher Education Policy Institute (HEPI)’s The Invisible Problem? Improving Students’ Mental Health report was also published that year, suggesting what at the time were groundbreaking solutions to the issue. Momentum only snowballed from there, and student mental health is now one of the most pored-over of topics in the sector.

How PBSA got in on the act

Throughout this time, Unite Students led the way in student accommodation, as the first PBSA provider to establish its own student services team in 2015. Without existing frameworks or provision in place for accommodation providers, the organisation had to research, adapt and innovate in order to establish what worked, a long process that began in 2013. Following interviews with our own frontline teams, particularly security services, it was clear that a systemic approach was required to effectively refer students in distress to the appropriate care, and by 2016, our framework was in place – a year before Stepchange was published.

Additionally, this appearance at the Global Student Living Conference that year was part of a two-year mission to warm the sector up to the need for a specialised PBSA-wide framework. This arrived in 2019 in the shape of the British Property Federation’s Student Wellbeing Framework, the gold standard for student wellbeing in the PBSA sector.

With students’ changing needs, the job is never done, and the sector will again need to rise to the challenge of not only the present moment, but the aftermath of Covid-19. However, I’ve seen first-hand how dramatically the options available to students have improved in the last decade. Where support services were once hidden away, during Covid I spoke to students who had been contacted directly by both universities and Unite Students to offer support and signpost mental health resources.

With the sector more forthcoming about mental health, students who are struggling now know that they are not alone. And there are now initiatives aimed at prevention as well as cure; resources like Leapskills that smooth the transition to university could have really helped me to adjust to a difficult start.

The road ahead is daunting – but at least there is a road.

If you’re struggling, don’t suffer in silence – there are organisations out there that can help you in complete confidence including Mind and Samaritans . Where wellbeing concerns involve your work, reach out to your line manager or HR team.

Further options, including specialist helplines, can be found through the NHS website . 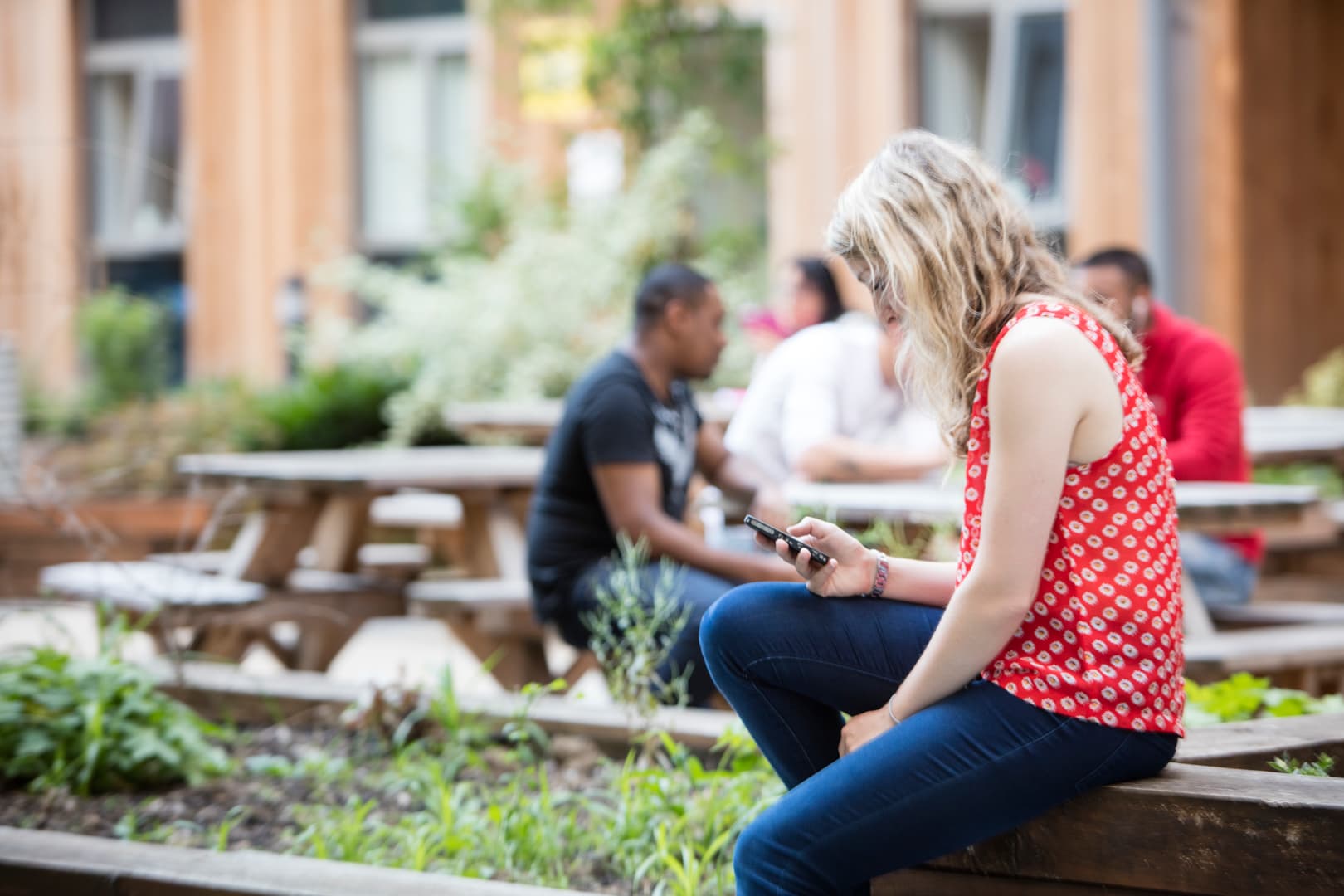