Here at Unite Students, the UK’s largest provider of student accommodation, we recently surveyed 1,000 UK undergraduate students to find out more about their views on the climate crisis.

We looked at what they think about the UK government’s approach, as well as what action they want to see from universities and businesses. We also examined how concerns around climate change impact day-to-day student life, as well as longer-term plans and career aspirations.

Below are some of the key findings from our research: Climate change is students’ number one concern – and they want the Government, EU and UK businesses to do more

Our research shows that students are more concerned about climate change than any other issue in 2021 – including COVID-19.

The majority (60%) identified climate change and environmental issues as one of the top three urgent priorities for world leaders to tackle today. This was followed by COVID-19 in second place, which was chosen by 46%.

Just 18% of students think that the UK government is currently doing a good job at tackling climate change. A quarter (25%) think the same of the EU and just 15% think similarly of UK businesses.

In addition, less than a quarter (23%) think that the UK government’s carbon emission targets are ambitious enough at present. This comes despite the government’s recent pledge to reduce emissions by 78% by 2035.

Students call for bold action on climate change – from universities, businesses and Government

Dissatisfied with progress, students are calling for bold action on climate change, from the Government, businesses and universities.

On university campuses, students expressed support for a raft of measures to reduce the student body’s impact on the environment. The vast majority (70%), think universities should now impose a total ban on single use plastics on campus and 65% agree that universities should cut ties with any companies that have a negative impact in terms of climate change.

61% want to see more university courses with a focus on tackling climate change and a third (33%) agree that universities should now fine students who fail to adhere to guidance or rules around living in an environmentally friendly way. 14%think campuses should be totally meat-free.

Students are also making major changes to their day-to-day life, as well as long-term plans, to limit their impact on the environment.

In terms of day-to-day changes, 88% of students say that they now limit the number of flights they take, for environmental reasons, at least some of the time (59% say they do this always/often).

Meanwhile, 49%, say that they follow a vegan diet and 68% follow a vegetarian diet, for environmental reasons, at least some of the time.

When choosing which brands to buy from, 76% said it is important that they are working towards tackling climate change.

50% of students said that they are either a member of a society, organisation or campaign group focused on tackling climate change at university, or they are interested in joining one. When it comes to higher education and career path, climate change concerns are also having a significant impact.

The majority of students said that they had either checked or now plan to check the specific climate change policies or reputation of universities (53%) and companies (67%) before applying to work or study there.

Separately, over three quarters of students (76%) say that their feelings around climate change will now influence the career they plan to pursue in some way.

Around 42% said that they are likely to pursue a career that actively tackles climate change (8% very likely, 35% somewhat likely). Of those, 46% said they had an interest in working in sustainability, 38% in scientific research, 22% in conservation, 16% in policy/politics, and 7% in full time activism. On the research, James Tiernan, Head of Energy & Environment at Unite Students, said:

“The climate emergency is one of the most pressing matters facing our society and it is encouraging to see students are so engaged on the issue.

“Universities and accommodation providers have a real responsibility to help students live more sustainably, and also to significantly reduce the impacts of their own operations – something we’re fully committed to.

”Our new sustainability strategy includes a commitment to achieving net-zero carbon operations and construction by 2030. This will require sustained investment in energy efficiency and renewables, but also the help and support of our employees and student customers. It is therefore very encouraging to see students expressing support for bold measures, and also taking action daily which will have a tangible impact.“

“This research brings to life just how committed today’s students really are when it comes to tackling the climate change crisis.

“It goes far beyond one-off awareness-raising events – although these are, of course, important. Many students are now shaping their day-to-day life and long-term plans around making a difference, involving significant sacrifices along the way, which is hugely commendable.

“As the UK’s largest accommodation provider, we have a clear responsibility to do all we can to facilitate students’ efforts to live sustainably and in an environmentally-friendly way. This is precisely what we are working towards with our sustainability commitments.”

“This research demonstrates the strength of feeling from students around climate change. It is evident on campus how engaged students are – taking personal action, wanting to know more about sustainability in their studies and their expectation for universities and leaders to work towards ambitious targets.

“At SOS-UK we have seen how students and young people ensured sustainability does not fall off the agenda in recent times. They have been embracing new ways of working and adapting to ensure that they can still progress the issues that they care about, showing remarkable commitment to create a better and more just future.” 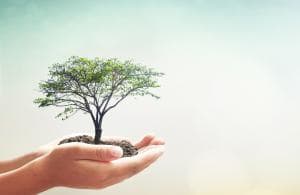 Creating a business which will shape a positive future for generations to come.
Read more