15-19th November 2021 is Transgender Awareness Week, followed by Transgender Day of Remembrance on 20th November. These events offer a chance for us to reflect on the challenges faced by transgender people across the UK, including students and staff across the Higher Education sector.

Garnet Fox, Service and Safety Advisor in Liverpool, shares their experience of being a trans employee at Unite Students, the current risks they face, and the very real consequences that discrimination can bring.

I was working in a previous job when one morning I got a message from one of my university friends. It said: “I don’t know how to tell you this, but Em is dead.”

It was like all the sound had drained from the room, and I felt a little dizzy. Em was a wonderful, vibrant friend that I had met through the Games Society and who meant a lot to me. I booked the day of the funeral off work and drove across the country to attend, before driving our mutual friends back to the city where we’d all met. Finally, I tackled the four-hour journey home alone, in a world that now seemed to be much more devoid of life.

Currently, transgender people like myself are going through a difficult time, and it’s this hostile environment that led to us losing Em. Mainstream news sources have platformed people who incite violence against us just for existing, setting a worrying precedent. There has been a surge of hate crimes directed at LGBTQ+ people, both locally in Liverpool – with both myself and trans students I’ve met through work experiencing this – and nationally. The Guardian reports that hate crimes relating to sexual orientation and gender identity have risen year on year since 2015, with those targeted at trans people increasing 16% in the year to March 2020.

Things are more difficult still for non-binary people, who have not yet been fully recognised by the UK government and only protected by the Equality Act since a ruling made last September.

As with many services, there are long waiting times on the NHS, and these have only been made longer as a result of the ongoing pandemic. I know one individual who has been waiting for six years to date to be seen by the nearest gender identity clinic. Likewise, mental health services are overwhelmed, and support that could be sought there is choked by years-long waiting lists. It’s worth mentioning that not all transgender folks want to medically transition, nor is it a requirement of being trans – a common misconception.

Fortunately, Unite Students has a strong trans and gender identity policy, as well as an LGBT network that’s active on our employee channels, and the support I’ve received from my higher-ups Matt Middleman (Service and Safety Supervisor) and Chris Philbin (Operations Manager) in the city has been exceptional. From next week, we’ll be able to identify our pronouns in our email signatures; this is something I’d enquired about a few months ago, and I’m so relieved it’s happening. It’s important to normalise pronouns as it helps people to feel comfortable, allows them to be addressed correctly, and makes it easier for other people to adapt and accept different people’s pronouns. (My pronouns are she/they.)

For our students, having the option of choosing a ‘preferred name’ and being able to self-identify their gender makes it easier for them to feel like they can be themselves. Feedback from some of our students shows that the visibility of pride badges on staff and flags around the building has helped them feel accepted, and like it’s truly a home for everyone. My advice for trans students who are currently at university is: support is there if you need it, and we’re here for you.

Recently, I went to one of the clubs in Sheffield that Em had taken me to as part of the society. Being there a decade later was a surreal experience: knowing that this time my friend couldn’t be dancing there with me; knowing that five years ago I had to say one of the most difficult goodbyes in my life. But with some of the songs, it felt like they were dancing with me regardless. Needless to say, I’ll be lighting a candle at a vigil on Saturday 20th November, the Transgender Day of Remembrance – not only for Em, but for all the others we’ve sadly lost. 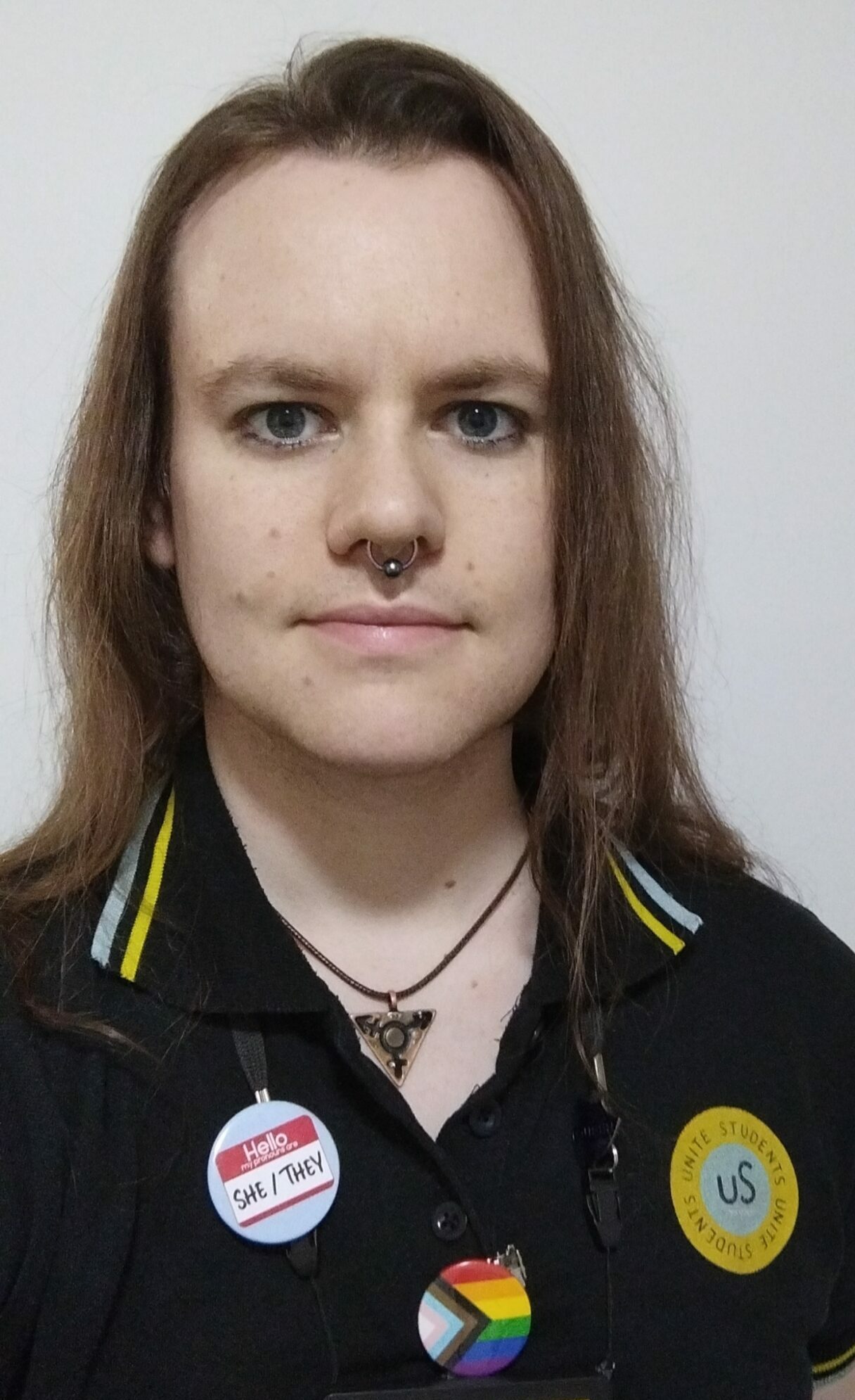