In her 18 years in the Higher Education sector, Jo Blair has worked her way up to become one of Scotland’s foremost purpose-built student accommodation (PBSA) experts. As she moves into a new role as Head of Quality and Standards at Unite Students, we caught up with her about her new role, her experiences working with the Scottish government, and what the future holds for the Scottish PBSA market.

Q: Tell us about your history of working in the PBSA sector, and how you came to work at Unite Students.

A: Back in 2004, I joined Unite as an accommodation manager in Aberdeen. It was very different to now; you used to be given a phone and a set of keys for a building and be told to get on with it. There was a serious incident in the building on my second day, and I wondered what I’d got myself into – but seeing the support that the organisation offered to the student made me fall in love with the company. No two days are the same when you’re working in the buildings, and it gets under your skin; you’re suddenly really passionate about what you do and the sector that you work in.

I went on to work at Robert Gordon University, where I did every job you can imagine and was known as ‘Jack’ – short for ‘jack of all trades’ – but it helped me to develop so much, and I loved my time there. While some of my work was accommodation-related, like finalising new accommodation and campus buildings, sitting on the student non-academic disciplinary panel, at various times I also responded to things like bomb threats, looked after with VIPs on campus and was even the Master of Ceremonies at graduations.

I then went on to work at the University of Aberdeen for a year before returning to Unite Students as a Facilities Manager in 2015. I’d liked working there before, particularly the flexibility of it, so was glad to come back. Back at Unite, I progressed from a City Manager for Aberdeen to a Regional General Manager for Scotland.

You’re moving into a central operations role as Head of Quality and Standards at Unite Students. What does that mean, and what are you hoping to achieve in the role?

Everything we do as an organisation needs to be at a certain standard. Our buildings have so much in common across the country; there aren’t that many exceptions. So, for example, if we decide to have a particular type of chair in a student room, then every single room across our portfolio should have that chair; part of the role is working with the wider central and field teams to understand how that happens, using a consistent approach. Every time we introduce something new into the properties – say, a coffee machine – we need to consider what happens in all the properties which don’t have that particular machine.

That consistency is important because it means clarity and simplicity for our teams across the country, making their lives and awful lot easier and freeing them up to give great service to the students who live with us. It’s also about assessing our standards and putting metrics in place to identify areas for focus. Did you know we’re the biggest laundrette in the UK? And it’s the one room in the building which often gets the least love.

Ask me again in three months and I’ll have something different to tell you, I’m sure!

What changes have you seen in the student accommodation sector over time?

It’s been almost 20 years – so lots! There’s been a huge change in students’ expectations. Most students lived in shared flat with shared bathrooms, and that was your basic value product. You didn’t get ensuite rooms in most places, but we had several in Aberdeen, which felt really luxurious at the time. The rooms were all equipped with ethernet cables, because WiFi wasn’t really a thing. Now a value ensuite is what students want as a minimum and WiFi is an essential requirement.

There wasn’t a demand for common spaces back then even when we had them, but there’s been a real shift in that over the past eight years, especially from international students. They want lots of versatile space in the buildings and everything to be close to hand. Everyone in the sector has really had to up their game in terms of technology, design features, and health and wellbeing; the expectation of service that we provide has significantly increased.

Back in 2004, students would move in, you’d check them in, and 90% of them you wouldn’t see again until they checked out. If a student was having a mental health crisis in front of me, I’d have been involved, but they wouldn’t regularly come down and talk to me if they were feeling homesick, for example. Whereas now there’s such a demand for wellbeing, welfare and mental health support – people are a lot more open about those feelings. And their use of language and how they treat people from other cultures now compared to then is night and day.

There’s been a big cultural change in the Higher Education sector in a similar way to the one we have seen, and one which is again ongoing.

Tell us about your experience of working with the Scottish government and wider sector, both on the PBSA review and during the pandemic.

Working with the Scottish government has been very interesting. During Covid, I would be on a weekly call with the team for, and the Minister for Higher Education, Further Education and Science, sometimes multiple calls a week. Those calls often included public health bodies, the police, and people from various Universities, colleges, and unions. We would see the latest NHS data on Covid rates among 18 to 24-year-olds, what they expected to happen next, and what they wanted universities to do, and then we’d discuss it. They’d then use that to build guidance and frameworks that everyone had to adhere to.

The Scottish government won’t mind me saying that there was a lack of understanding around the purpose-built student accommodation (PBSA) sector. There is a temptation to try and look at it in the same way as the private rented sector, only to realise it was very different, not only in service and student expectation, but also commercially different. There were long calls explaining the differences between private rentals and our buildings. Some of those key differences being: not all PBSA is university-owned and operated, and most PBSA properties we only have planning permission to let to students. If a student was released from a tenancy and there were no students, the room would stay empty.

Ultimately we managed to secure a council tax exemption for empty rooms during the pandemic, and the students would be able to cancel contracts under a 28-day cancellation notice policy which ended on 1st July. Today we are now looking more at the economic and mental health harms than the public health side of things.

I’m also part of a PBSA review in Scotland that looks across the whole sector, private and university-owned, to create parity. They want frameworks and guidance that work not only in Edinburgh and Glasgow, but also the likes of Stirling and the University of the Highlands and Islands. The research has finished and they’re now conducting interviews across the sector that Unite Students have been involved in, both our operations teams and the central property team. Yesterday I got a 149-page document which covers the research, so I’ll be going through that to check its content and feedback alongside colleagues from CUBO, Universities and so on.

It’s useful for PBSA operators in Scotland to have a direct link to the government. We talk about planning, employment rates and things that are happening right now – like the housing crisis in the Central Belt – which means we can get a joined-up approach. I haven’t seen that anywhere else, and I actually think what we have happening in Scotland at the moment is unique. It’s great to have played a part in making that happen.

What do you think the near future holds for the Scottish PBSA market?

Change is coming. The PBSA market across the UK is currently a fast-growing sector with strong demand from international investors. But there’s a real lack of supply in Dundee, St Andrews, Edinburgh and particularly Glasgow, as well as a high demand to go to those ancient universities who carry such value in the employment market. I can’t say right now how the PBSA review will change things, but for most investors, Scotland is a compelling prospect. Of course, the current economic climate and the ongoing push for independence could cause hesitancy in some instances.

With that lack of supply, there needs to be strong city planning that includes student accommodation, and we need to understand what their plans are around the private rented sector – both for student housing and family housing. There’s a current bill called ‘A new deal for tenants’ coming to the private rental sector: it will be interesting to see if and how that changes the landscape.

Affordability is one of the key points in Scottish politics when it comes to PBSA and students generally. As the Scottish government commits to free undergraduate study for Scottish students there is a keen eye on cost – not only for universities, but for the accommodation suppliers also. Combine that with the upswing in the cost of living, and what I believe we will see more students feeling a level of security in purpose-built student accommodation with its fixed costs, particularly against a private rented flat.

I recently read an article about some students being ‘energy poor’ – not heating their flats, wearing extra clothes, and spending more time in public libraries to save on bills. It’s comforting that no student in our properties will have to fear the cost of turning their heater on.

The nice thing about working in Scotland is that I’ve got good relationships with all the universities that I work with, you get a good dialogue both ways and that I’m really grateful for. The feedback I tend to get is that they like that I don’t just talk about Unite Students, I try to look at the whole sector – but that’s the right approach. It’s such a small country and a small industry in the grand scheme of Scotland; if you don’t come at it with one voice, you’ll never get anywhere.

You can listen to Jo on our Accommodation Matters episode on preparing for the class of 2022, or read the transcript on our website: 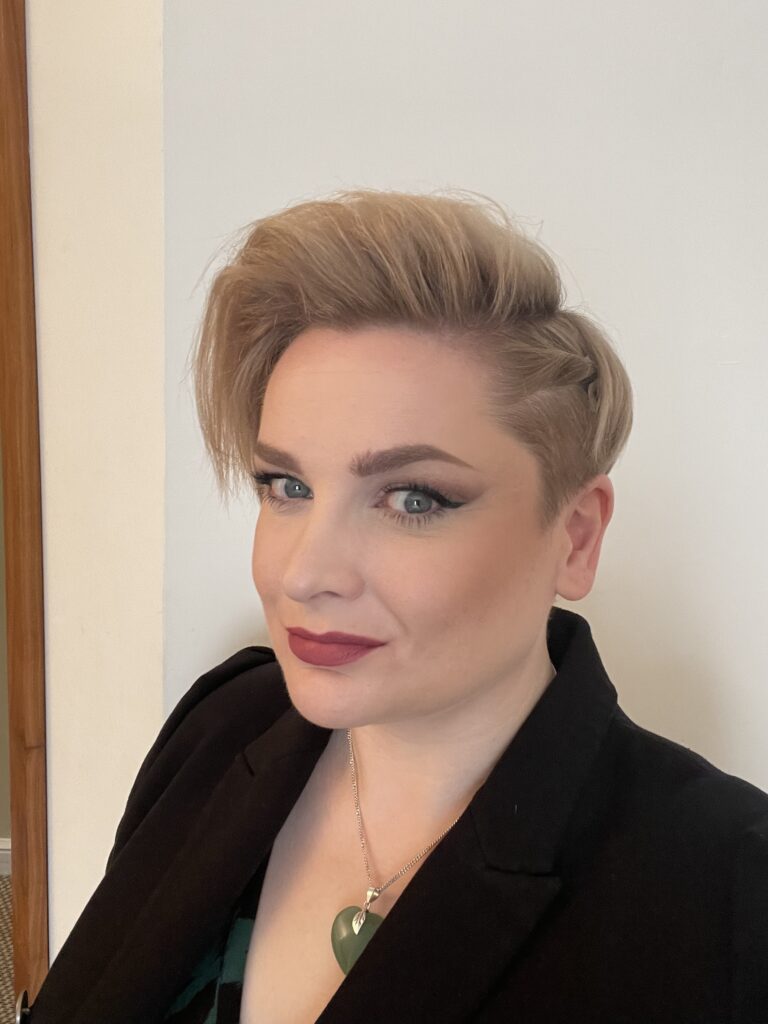