A new Social Market Foundation report, sponsored by Unite Students, outlines how social patterning can influence prospective students’ choice to go to university – you can read it HERE. Jenny Shaw, Higher Education External Engagement Director at Unite Students, outlines how the risk of not belonging can also affect the choice to go to university, and the impact that familiar, trusted careers advice can have on this.

It was 2011 and I was sitting with a group of students in a further education college.

“Is that important?” I asked.

“Yes, I think so,” she replied. “It’s a bit scary, isn’t it, to keep moving around.” The other students nodded their agreement.

This was a high-flying group by most people’s standards. They had achieved distinctions in their BTEC National Diplomas and, with the encouragement of their tutor, had moved on to a Foundation Degree at the same college. They could have successfully applied to universities right across the UK instead, but all of them felt this was out of their reach.

At the time of our conversation they were debating whether to ‘top up’ to a full degree at a university less than four miles away, but were uncertain about this move. Their tutor confirmed, “They are just saying ‘we want to come here, I’m not sure where I’m going to fit in somewhere else.’” But, with encouragement from their tutors, they were considering taking that next step.

Over ten years have passed since those conversations, but the new report from the Social Mobility Foundation – sponsored by Unite Students – finds continuing evidence of social patterning in post-18 choice. It reports that schools in affluent areas tended to promote academic options whereas schools in less affluent areas were more likely to emphasise vocational routes such as apprenticeships.

It also found that careers guidance in schools often lacked continuity, and wasn’t necessarily delivered by a familiar face. For the students I spoke to all those years ago, it was the strong relationships with their tutors that made all the difference. These high-achieving students didn’t see themselves as the sort of people who went to university. They were worried they wouldn’t fit in, that there wouldn’t be the right academic support, that they were bound to fail – it all felt too risky. It took someone who knew them well to give them that confidence over an extended period of time, not only through providing information and advice, but through constant encouragement and arranging tailored opportunities for them to visit the local university and familiarise themselves with the environment.

Emotional realities such as these are the ghost in the machine for perfectly logical policies, and I saw this frequently while working in widening access. If we encourage ‘bright’ young people from poorer backgrounds to aim high, if we support them to do well and give them all the right information, they will make the logical choice and go to the ‘best’ university they can. Except that often they don’t.

Even as these policies were being made, researchers such as Stephen J Ball, Diane Reay and Louise Archer were exploring the influence of ‘hot’ sources of information and advice from those within existing networks, compared to official ‘cold’ sources. Young people coming from the very backgrounds the policies were trying to reach felt little connection with these official sources compared to their more privileged (i.e. white, middle class) peers.

Partly, this was because these “non-traditional” students were facing risks not taken into account in policymaking. The risks of dropping out, not fitting in, not being able to cope with the level of study, are not evenly distributed. They are lower among young people who attend good schools, whose families and friends are familiar with higher education, and who are financially comfortable. They are also lower if you go to a university where the other students look and act like you. Policymakers and professionals who themselves enjoyed these privileges had a tendency to be blind to such things.

Much has changed over the last twenty years. Higher education is becoming a more diverse place in which wider cultural perspectives are gaining respect, and ‘belonging’ is now recognised as an important factor in student success. Nonetheless, in this new report we still see the effect of social patterning on post-18 choices. Of the many findings, the one that I suspect will be the most difficult to respond to is that ‘experiential information’ from friends, family, colleagues, current students or apprentices is viewed as more reliable, up-to-date, and fundamentally more trustworthy than official sources. This is not just about making a ‘logical’ choice; the decision is frequently imbued with issues of self-image, sense of belonging and perception of risk.

I’ve seen the power of ‘hot knowledge’ to neutralise these concerns and open up new possibilities for learners of all ages, and it has a transformative effect. In my next blog I’ll explore this in light of other recent research, and take a look at how student accommodation can play its part in opening up higher education to a greater diversity of students.

The report ‘Fulfilling Its Potential?’ was published by the Social Mobility Foundation on 1 April 2022. The student conversations referenced in this blog were part of an evaluation and were published in Research in Post-Compulsory Education in March 2012. 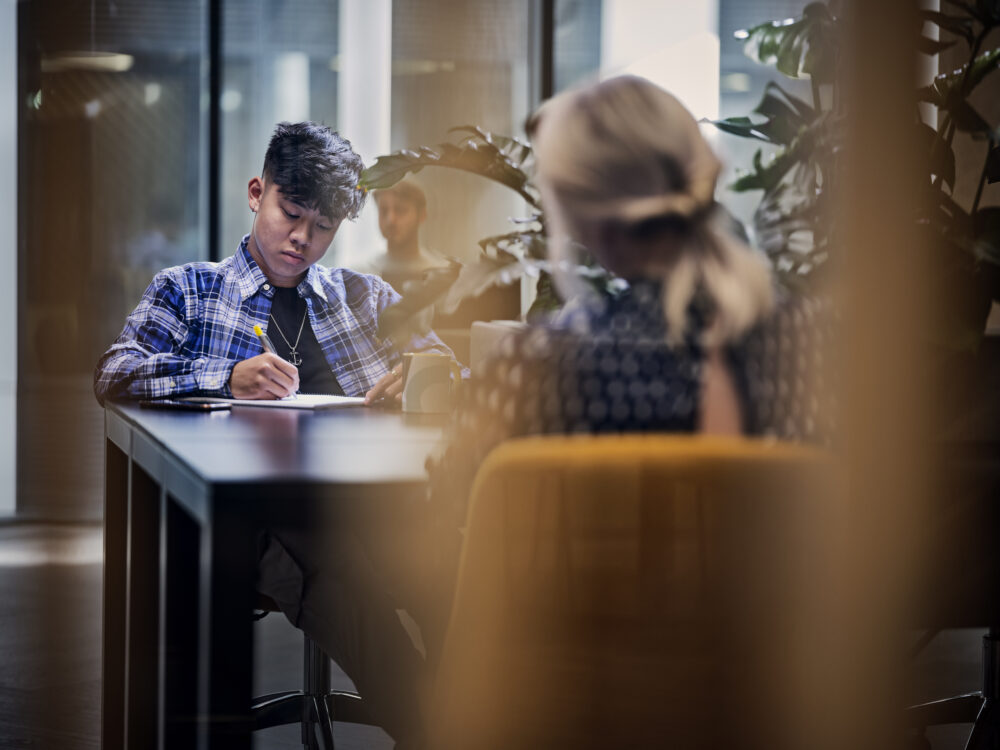