New research by Unite Students, the UK’s largest provider of student accommodation, shows a rise in the number of university applicants suffering with eating disorders and other mental health conditions.

In a survey of over 1,000 university applicants (due to begin studying at university in Autumn 2021), carried out in collaboration with YouthSight, almost a quarter (24%) said that they had experienced issues with eating or an eating disorder in the last year. This is up by six percentage points on 2017 figures, when just 18% said the same. The research also revealed that many do not feel prepared and informed for university in 2021.

Just 36% of total applicants surveyed said that they currently feel ready for their university experience in 2021, down from 45% in 2017.

Students optimistic about the job market
On a positive note, surprisingly, applicants are more confident about getting a job after university than they were in 2017. This year, 60% said they thought getting the job that they want post-university would be achievable, with ‘some effort and luck’, compared to 55% in 2017. 10%, further, said they thought it would be ‘very easy’.

“This survey confirms that it is a very tough time to be young. University applicants have shown extraordinary resilience over the past year, when their education has been seriously disrupted. “While we can see a negative impact on their wellbeing, we can also see they are absolutely determined to continue their educational journeys and to make the most of their potential. I worry that people will arrive in higher education less well prepared than their predecessors, but I am also confident that they can thrive if they are given the support they need.”

“The last year has been undeniably challenging for students. They have lived through a significant period of disruption, and have seen fewer opportunities to connect with their peers at a critical time in their development. Despite the incredible resilience they have shown, existing mental health conditions have been exacerbated and new ones have emerged. “These findings are a useful insight into the incoming student population. The increased number of university applicants experiencing eating disorders and other mental health issues is an obvious concern, and something all who work in higher education – including universities themselves, accommodation providers and campus staff – need to keep front of mind. “At Unite Students, we are focused on building a community for students where they feel they belong and have a solid support system. We are working hard to further enhance and develop the support we already have in place to help students. This is a priority as we look to the new academic year.” 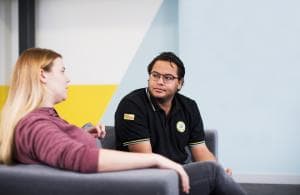 New independent research commissioned by Unite Students shows parents and students at university are feeling the impact of the rising cost of living. With financial anxiety at high levels, Unite has partnered with Blackbullion to offer support to students and parents in a free downloadable guide.
Read more

All of these findings and trends are explored further in Unite Students’ Higher Education podcast, Accommodation Matters. Please find a link here.