During our development of Hayloft Point, our flagship property in the heart of the London, a Museum of London Archaeology team discovered the Boar’s Head Playhouse, the most significant find during Unite Students’ 30 years of building properties.

Early archaeological evaluation work over three years ago exposed a series of 17th century brick structures in the centre of the site. The playhouse, built in 1598, is of national importance especially as the site is referenced to performance in London in the 1550s when an inn on site was a place of entertainment even before the playhouse was built.

Excavations have found that during the medieval period the site was as an open field in rural Whitechapel. The field was quarried for clay used for brick making. Once dug out, the holes were used as rubbish pits and in one of the back-filled pits archaeologists discovered a sacred Papal bulla– or lead seal – from the 14th century, attached to an official Vatican document issued by Pope Gregory XI.

An image of businesswoman Jane Poley, who was instrumental in the success of the inn and it becoming a playhouse; Queen Anne – due to playing company The Queen Anne’s Men performing at the theatre; and Mary Philips, a gallery doorkeeper, adorn the floor to ceiling windows on the ground floor of Hayloft Point to recognise women pivotal to the playhouse’s success. 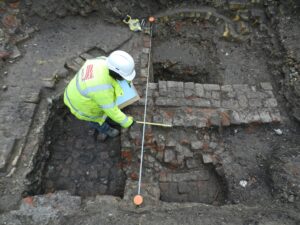 The first buildings on the site was the inn, fronting Whitechapel High Street, and an oat barn and a hayloft – the reason for Unite Students naming the building Hayloft Point – fronting Middlesex Street, then called Hog Lane. A wall, now preserved in situ, that formed the front of the Boar’s Head lodgings as well as a chalk foundation for the back wall suggest the building was four metres wide. A fragment of the internal brick floor, as well as part of a brick structure appear to be part of the cellar.

A gallery for the audience to watch performance was built on the back wall of the lodgings. Finds from the excavation include hundreds of fragments of clay pottery, tobacco pipes, oyster and cockle shells and animal bones, which give archaeologists an idea of what the people who used the playhouse were doing.

Once closed in 1616, the playhouse was demolished and the site was redeveloped into a series of properties. Reigate stone, used to secure these foundations, discovered on the site, has been donated by Unite Students to the Tower of London to be used by its stone masons to conserve the buildings in their care. 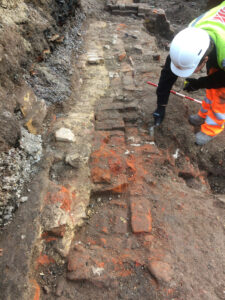 Animal horns were also found on the site as Middlesex Street was the centre of the horn working trade, along with clay pipes and a hearth from a kiln from the tobacco trade that also occupied the site in the 17th Century.

The location was once again redeveloped a century later and terrace houses were built before warehouses and other commercial buildings were built in the 19th Century. Among the foundations for these buildings, a small 19th Century button with a clock face showing the time of 07:12 has been found.

More recently, this was the site of the original Aldgate East tube station, which closed in 1938. Following damage during the Second World War, it became a derelict car park.

Unite Students has preserved the remains of the playhouse in their original place within the footprint of the development. We celebrate the theatrical heritage of the site with a community performance space as part of the student accommodation building. 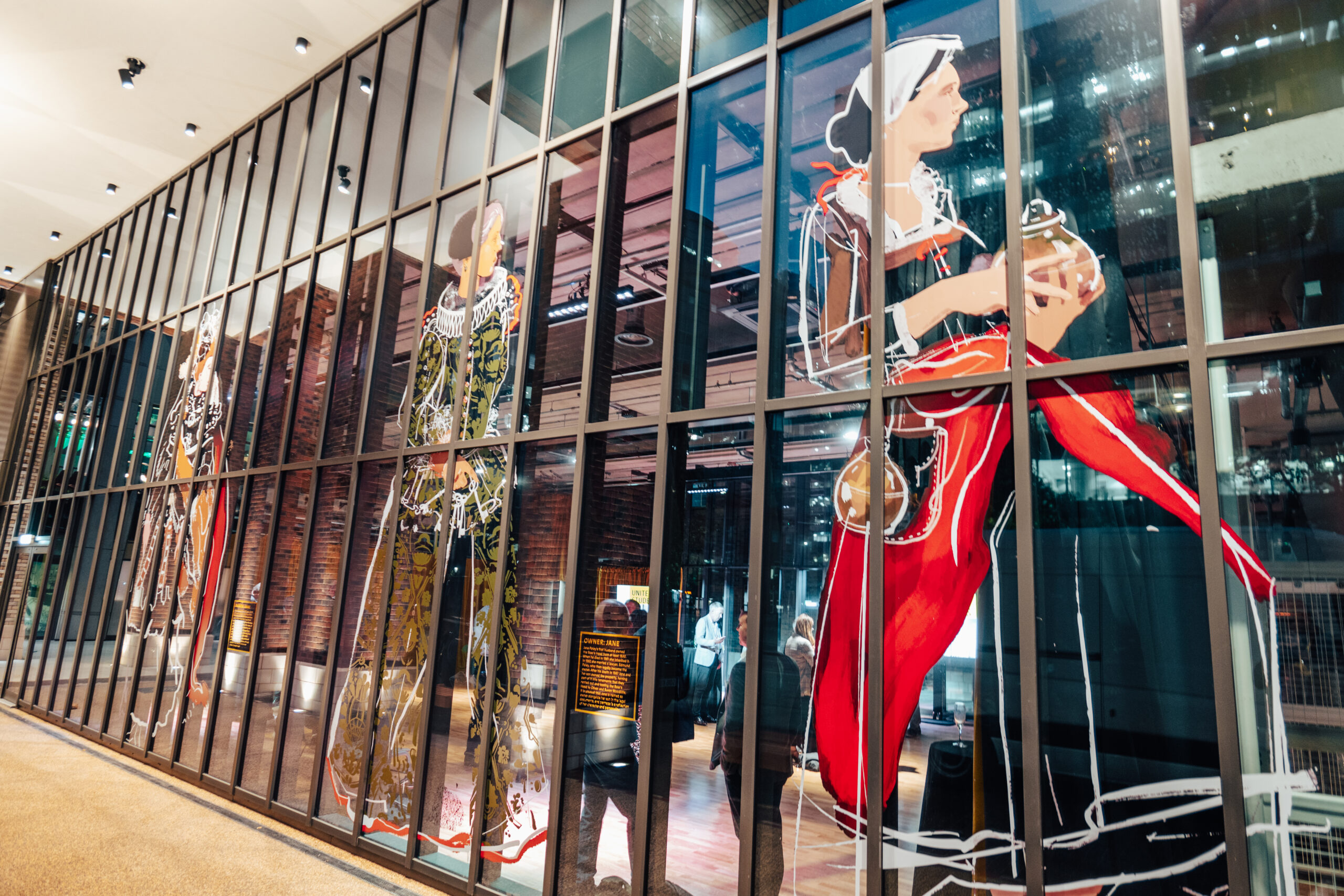