The Unite Group plc announces that as part of its Board succession planning:

Dame Shirley has held Chair, Senior Executive and Non-Executive roles at board level in higher education, health and policing. She was appointed by the Secretary of State for Education as the Independent Reviewer of the Teaching Excellence and Student Outcomes Framework (TEF)(completed in October 2019) and is a member of the Committee on Standards in Public Life, a member of the Advisory Board of HCA Healthcare UK and, until 31 December 2019, Chair of Court at the London School of Economics and Political Science (LSE).

Dame Shirley was also Vice-Chancellor and President of Loughborough University from 2006-2012.  She was appointed CBE in 2005 for services to education in the NHS and in 2014 appointed DBE for services to Higher Education.

Professor Sir Steve Smith brings with him a wealth of experience in the Higher Education sector. He is currently the Vice-Chancellor and Chief Executive of the University of Exeter, a position he has held since 2002 and is stepping down from in August 2020. Sir Steve was the Chair of UCAS between 2012 and 2019 and serves on the Boards of Universities UK (UUK) and the Russell Group. Among other roles he is also Chair of UUK International Policy Network.

Between 2007 and 2010, Sir Steve led for higher education on the Prime Minister’s National Council of Excellence in Education, which provided advice to Government about strategy and measures to achieve world-class education performance for all children and young people. Sir Steve was knighted in 2011 for services to higher education locally and nationally.

These two appointments are in addition to the previously announced appointment of Tom Jackson, head of CPPIB’s UK real estate business, as Non-Executive Director as part of Unite’s proposed acquisition of Liberty Living.

“It has been my great pleasure to work with Tim over the last nine years. His insight, expertise and hands-on experience of the Higher Education sector has been invaluable to the Board and our wider business.  I would like to thank him for his contribution to Unite and we wish him the very best for the future.

I’m delighted to welcome Shirley and Steve to the Board as Non-Executive Directors. They are both leading figures who have been recognised at the highest level for their achievements and services to higher education. Their appointments reflect the importance of our partnerships with the higher education sector and I look forward to working with them at this exciting time for Unite.”

No further information is required to be disclosed pursuant to Listing Rule 9.6.13R. 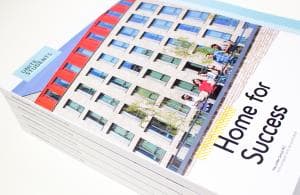 We have seen continued momentum in the first half, as earnings and dividends have grown strongly and reservations for the 2022/23 academic year are now ahead of pre-pandemic levels.
Read more