Net-Zero Carbon: Start with ‘Why?’

Unite Students has recently announced plans to make its buildings and operations net-zero carbon by 2030 as part of its new sustainability commitments. But what is net-zero carbon, and why is it important for the higher education sector to show leadership on this? We asked Andy Nolan, Sustainability and Development Director at the University of Nottingham and recent Accommodation Matters guest, to share his thoughts for Earth Day 2021.

I’m a big fan of Simon Sinek’s ‘Start with why?’ philosophy. If you can’t explain why something is important, how can you expect others to? So, in that vein: why is it important for universities and their accommodation provider partners, like Unite Students, to show leadership on this?

Firstly, today’s students are the leaders of tomorrow. They’ve inherited the climate crisis and, collectively, we have to act to slow down the impact of greenhouse gases in the atmosphere. Increasingly, students are finding that sustainability features more prominently in their formal degree programmes and their informal learning – so don’t we owe them the opportunity to lead a sustainable lifestyle and practise what we teach? Fundamentally – as a university or accommodation provider – at an operational level, it’s about reducing the consumption of fossil fuels and their associated carbon emissions. We can’t just leave it to others to make these changes.

I’ve been reflecting on where we are, as a sector, pre-2010 and post-2020 recently. “Why those odd dates?”, I hear you wonder! Well, in 2009 the Higher Education Funding Council of England (HEFCE) challenged universities to create carbon management plans for the 2010-2020 period, and they offered a template, scope and approach that the vast majority followed. Targets were set broadly in line with the guidance provided and were focused almost entirely on scope 1 and scope 2 emissions – emissions associated with the burning of fossil fuels (mainly gas and some oils), and the consumption of electricity on our campuses. The majority of universities have been able to show they’ve achieved those 2020 targets, which is all very positive.

Or so you’d think. The world is a different place now; without doubt, the urgency of climate change is better understood now than it was in 2009. Students have been vocal, inspired by prominent activists like Greta Thunberg or by trusted voices like Sir David Attenborough. Over that same decade, student voice, as well as the National Student Survey and student satisfaction more generally, has been actively listened to by universities. The sector hasn’t been short of initiatives to raise awareness and initiate action – there’s been some great work done by the Environmental Association for Universities and Colleges (EAUC) [1], including the creation of the Climate Commission, Students Organising for Sustainability (SOS) UK, and People and Planet, all of which have been effective in stimulating change. As a result, there have been high profile campaigns on issues like fossil fuel divestment and single use plastics, with many universities actively changing their policies and approaches.

As the 2020 targets were met, many universities turned their focus towards new carbon management plan and new targets. Without a funding council to direct universities, there have been differences in approach, scope and timeframes – but broadly, many universities are aligning their targets with the Paris Agreement. More specifically, they’re aligning with the 189 countries who have joined the Agreement tosubstantially reduce global greenhouse gas emissions and to limit this century’s global temperature increase to 2°C, while pursuing means to limit the increase even further to 1.5°C.

This has been done without mandate by the UK Government, or any influence from the Department for Education or the Office of Students. The commitments, declarations and targets have come without any of that. And across the country, universities have committed to absolute zero and/or net-zero targets, and have begun to put plans together to achieve them.

Today there is, without doubt, greater engagement in this than there was when HEFCE set out the requirement for carbon management plans 12 years ago. But even more importantly, universities have recognised that whilst emissions from gas and electricity are important, they are but a small percentage – sometimes as little as 15-20% of the total emissions associated with a university. Whilst there are challenges and perhaps even flaws in calculating scope 3 emissions – emissions associated with all other indirect emissions that occur in a company’s value chain, such as purchased goods and services, business travel, employee commuting, waste disposal, construction, transportation and distribution, investments – there is sufficient understanding to know that scope 3 emissions are not only significant, but they are the responsibility of many; not just the few people in university estates department who have oversight over the heating.

Taking on Scope 3 emissions is exciting: it’s where everyone can contribute and make a difference. Every one of us makes choices on a day-to-day basis that can make a difference, and throughout 2020 we saw how millions of individual choices began to make an impact on global carbon emissions during the Covid pandemic and the associated lockdowns: reducing how far and how often we travel, making different choices about the food we eat, or the materials we consume.

At the University of Nottingham, we’ve recognised that we need to help our students and staff on this journey, so we recently launched a new action-focused sustainability campaign called go! ,alongside a new app called Green Rewards that encourages users to make sustainable choices and rewards them for doing so. We’re using the same platform as Nottingham Trent University, and giving everybody associated with the two universities in the city the opportunity to engage in active travel, recycling and energy reduction. That’s around 70,000 people who can access the app, which is around 20% of the city’s population.

Students have spoken – and we’re listening. Those living with Unite Students can be confident that they’re working hard to meet net zero targets, as can those studying at the University of Nottingham and many other universities across the UK. In addition to investing in buildings and tackling Scope 3 emissions to cut overall carbon emissions, we’re all supporting students to make positive choices too. By supporting each other in these efforts, we can influence others – and, together, work towards a greener future.

You can watch Andy’s sustainable campus AUDE workshop here , and listen to him on the March episode of our Accommodation Matters podcast, on environmental sustainability – listen now: 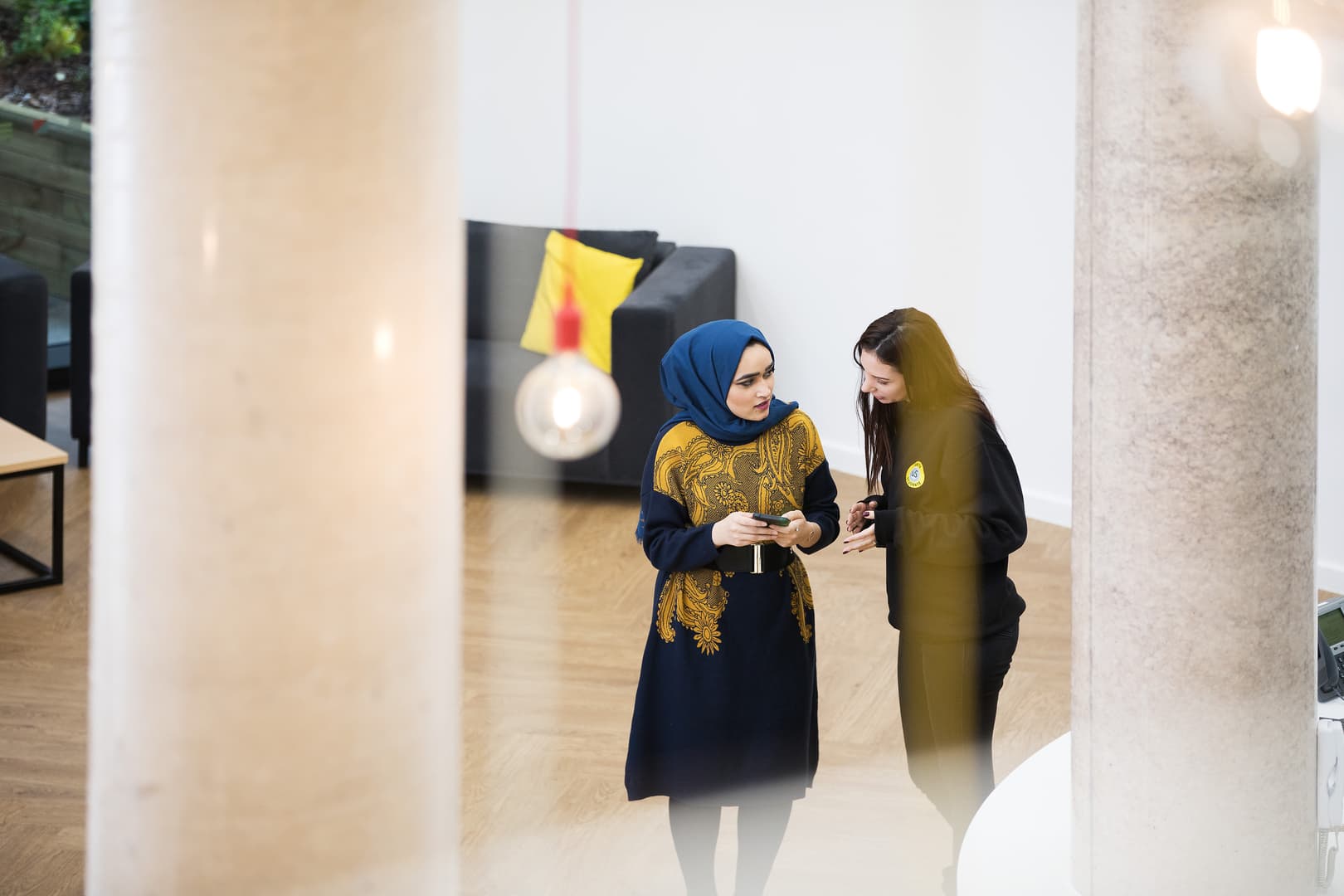