This year, 2nd May is the celebration of Eid al-Fitr, marking the end of the Muslim observance of Ramadan. With the number of Muslim students in the UK likely to grow in the coming years, we look at what challenges they face, and how we’re supporting our Muslim community at Cambrian Point, Cardiff, to celebrate Ramadan.

According to 2019/20 data from the Higher Education Statistics Agency (HESA), just over half (51%) of students report following a religion or belief system. Students who identify as Christian make up the largest bloc, making up just under a third of the student body, while the second largest bloc are Muslim students – making up 10% of the student population, or 200,000 students in total.

However, this is likely to grow in the coming years; with more than two billion Muslims globally, Islam is the world’s second-largest faith, and some of the fastest-growing international student markets – such as India, Nigeria and Pakistan – are home to significant Muslim populations.

What do we know about Muslim students’ university experience in the UK?

‘Religion and Belief in UK Higher Education’, Advance HE’s 2020 report on HESA’s data, provides more insight into the UK’s Muslim student population. They highlighted an awarding gap for Muslim students, particularly at institutions with fewer Muslim students, while Muslim students were least likely of any faith group to report that their parents had a Higher Education qualification. They were also more likely to be studying for their first undergraduate degree compared to other religious groups, and less likely to be mature students. Additionally, a lower proportion of staff at UK higher education institutions (HEIs) was Muslim than in the UK student population.

Then there are challenges, including Islamophobia. The latest Home Office data shows 45% of all religious hate crime offences in the UK were targeted at Muslims, while a 2021 report by London Metropolitan University’s Centre for Equity and Inclusion explored the extent of Islamophobia on campus, finding that 16% of Muslim students at the university felt unsafe wearing ‘identifiably’ Muslim clothing, while a quarter had had to defend their choice to wear religious garb. The report also found that nearly half of Muslim students at the university had had to choose between lectures and religious observances, and that 30% of students felt their exam performance had been impacted by fasting during Ramadan.

Additionally, there is currently a lack of suitable student finance available for British Muslim students. In Islam, paying interest (‘riba’) is forbidden as it is considered to perpetuate the gap between rich and poor – but student loans available in the UK are subject to interest.

It is clear that this is a demographic that requires more support – and Muslim students were one demographic identified by student mental health charity Student Minds as needing more support during the pandemic. As a result, tailored support resources were made available for Muslim students through the Student Space website, with services provided by the award-winning Muslim Youth Helpline service.

While there’s no silver bullet for some of the challenges mentioned earlier, we are thinking about what more we can do to support Muslim students in our buildings – including understanding their culture and festivals. With employees and students at Unite Students coming from all over the world, cultural festivities from across the world are marked in our buildings. Employees or resident ambassadors from the cultures in question will often lead on how best to recognise particular holidays, whether it’s by sharing food from that culture or hosting a relevant cultural event.

Most people have heard of Ramadan, a month-long observance in which most Muslims around the world fast during daylight hours. Fasting is one of the five essential pillars of Islam, and allows Muslims to devote themselves to their faith and to commemorate the prophet Muhammad’s first revelation of the Qur’an. Fasting includes food and drink, and those observing it are encouraged to eat a meal before dawn (‘suhur’) and another after dusk (‘iftar’) to stay sustained before and after the fast. The end of Ramadan is marked by the holiday of Eid al-Fitr, where Muslims typically celebrate with family by wearing their finest clothes, saying prayers, giving gifts and  sharing food together.

In 2022, Ramadan is being observed from April 1st, with the celebration of Eid al-Fitr taking place from 2nd – 3rd May.

Our eight Cardiff buildings are home to Muslim students from the UK, India, Pakistan, Bangladesh, Malaysia, the Middle East and beyond – and this April, Cambrian Point has marked Ramadan for the first time, with the support of a resident ambassador.

“Cambrian Point is home to many international students, so we like to support different cultures and religions – we already do a lot for, for example, our Chinese community,” says Hena Olah-Nagy, a Service and Sales Supervisor who has worked with the Cardiff team since 2006. “This year, we have a resident ambassador called Naela who is an Indian Muslim, and she suggested celebrating Holi and Ramadan. I was really enthusiastic about this, as I had wanted to recognise the Muslim community and celebrate their events but wasn’t sure how to go about it.”

One thoughtful way in which Naela and the Cambrian Point team were able to mark the occasion was by handing out Ajwa dates to students, as these are often used during Ramadan to break the fast. These have great significance at Ramadan: they are known as ‘holy dates’ in Islam, as they were the preferred way for the prophet Muhammad to break his fast, and are grown exclusively in the Saudi Arabian city of Medina – the city in which he is buried.

While these are only small acknowledgements of Ramadan, feedback has been positive, with Muslim residents sharing that they feel truly accepted by the team. There are plans to do more next year, including an iftar pot-luck dinner event, timed to fit in with students’ revision schedules.

A little can go a long way in making students feel welcome and accepted in their accommodation, as long as it’s thoughtful and culturally relevant. The UK’s student population is becoming ever more diverse, and it may seem challenging to recognise many different cultures – but small, meaningful gestures can really help to build trust, create a sense of belonging, and support wellbeing.

You can read more about how we’re embedding wellbeing, diversity and inclusion at Unite Students here. 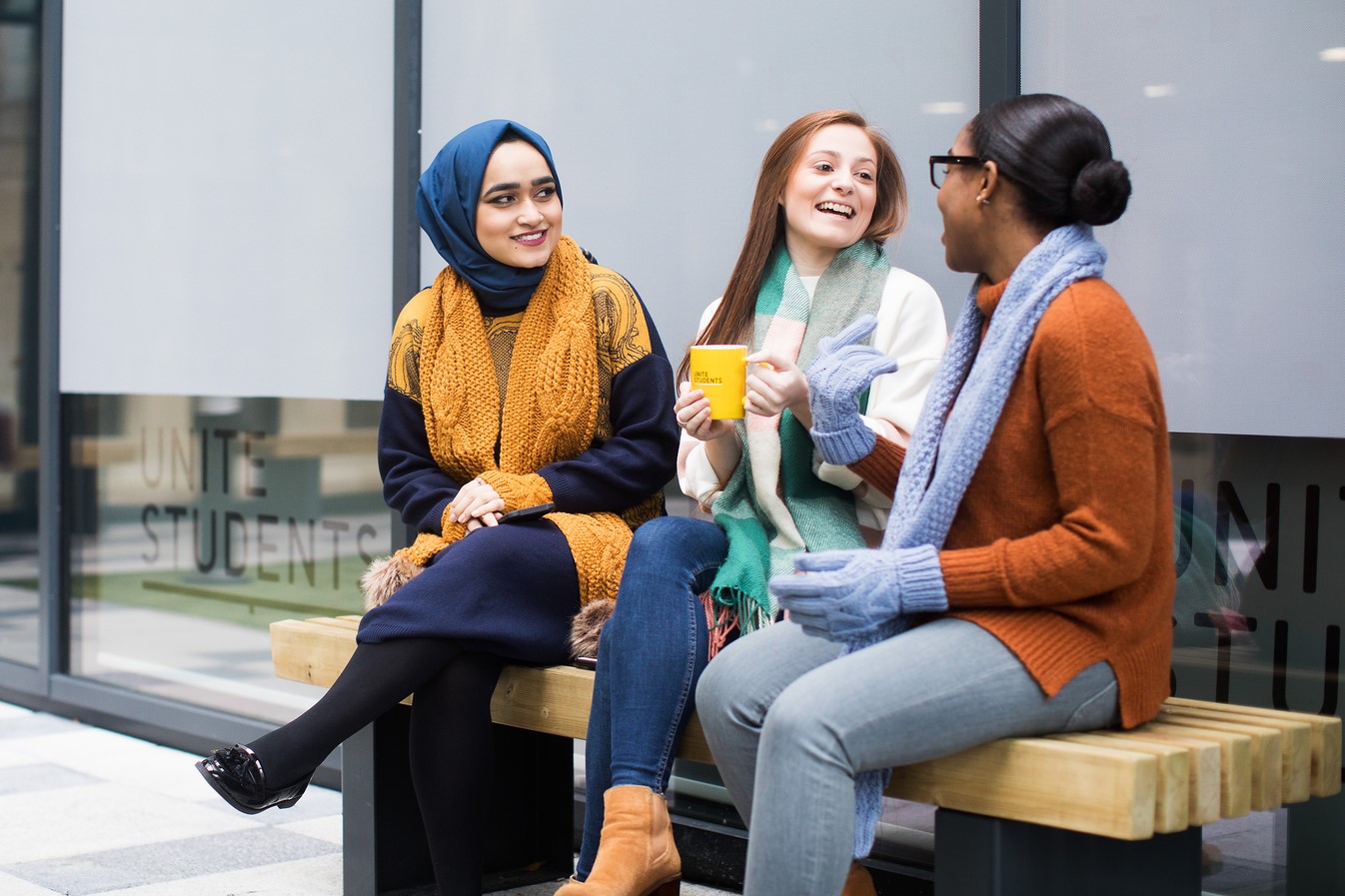 The Unite Students Commission on Living Black at University is delighted to announce ‘Creating meaningful change’, a conference discussing how to make student accommodation a place of belonging for Black students. This one-day event, to be held on Monday 7th November, will bring together universities, accommodation providers, and diversity, equity and inclusion (DEI) leads in the sector.
Read more

In her 18 years in the Higher Education sector, Jo Blair has worked her way up to become one of Scotland’s foremost purpose-built student accommodation (PBSA) experts. As she moves into a new role as Head of Quality and Standards at Unite Students, we caught up with her about her new role, her experiences working with the Scottish government, and what the future holds for the Scottish PBSA market.
Read more