Living Black at University Commission: themes from our first meeting

The Unite Students Commission on Living Black at University launched in April, in order to improve Black students’ experience in UK student accommodation and support the national implementation of our Living Black at University report recommendations. This national commission recently held its first in-person meeting in Birmingham, on the topic of integration – here are some of the key themes that emerged from the meeting.

Published in February, the findings and recommendations of our Living Black at University report – looking into the experiences of Black students in UK purpose-built student accommodation – drew significant interest within the Higher Education sector and beyond.

In response, we recently launched the Unite Students Commission on Living Black at University, chaired by Professor Iyiola Solanke, who is currently serving as Professor of European Union Law & Social Justice and Dean of Equality, Diversity & Inclusion at the University of Leeds. Following an introductory meeting held virtually in April, the commission met in person for the first time in Birmingham on Thursday 19th May.

To support productive, focused conversations across all 10 recommendations over the course of the year, the report’s recommendations were grouped across four themes – integration; knowledge and data; training and recruitment; safe spaces – with each meeting focusing on one of these themes.

This first meeting was themed around integration, covering the following recommendations:

From these recommendations, here are some of the key themes that came up in discussions throughout the day.

Freshers’ Week was a hot topic among the commissioners in regard to Recommendation 2, with some commissioners feeling that events were shaped with all students in mind – leading to minority groups feeling that they didn’t belong. There was also a broader concern that accommodation teams were sometimes left out of universities’ welcome steering groups, making it more of a challenge to fully acclimatise students in their accommodation, as well as to facilitate tailored events to integrate specific demographic groups.

The recommendation that acclimatisation activities be extended was strongly echoed throughout the room, and a common view was that students had too much information to absorb in the first few weeks of their course – particularly for international students. Commissioners discussed how communications might be spread out and reiterated over the entirety of the first term, or even beyond this.

Some felt that there was too much focus on Freshers’ Week and that the wider student lifecycle should be considered. Several commissioners spoke about the benefits of mentorship programmes they had been involved in, both for international students and for first years being paired with a mentor further along in their student journey. Those who had experience of these programmes described the positive impact to students’ mental health, and rued that some of these projects had been cut from university budgets.

Anecdotally, the lack of culturally relevant information available was a key issue for Black students moving in and hindered acclimatisation. One commissioner shared that, during move-in, Black students and parents would approach her specifically, with parents asking her to take care of their children and students asking for cultural information such as local haircare services and where to get culturally relevant foods.

The commission split into two groups for discussions during the afternoon, but both groups individually suggested that tailored, local guides and advice for Black students would support them settling into their new home, particularly those travelling from overseas. While these would have to be localised resources, created in collaboration with Black students, there was an appetite for creating templates that local accommodation and student teams could fill in for their local areas, and share across their city to prevent duplication of effort.

Another idea was for staff to wear stickers or badges to indicate what languages they spoke, in order to effectively signpost international students to someone they could easily communicate with. However, commissioners were conscious of not wanting to place undue burden on accommodation staff, particularly given how busy the move-in period can already be for them.

In the research, some students shared that they believed some accommodation blocks had been specifically allocated for Black students, creating an uncomfortable feeling of segregation. This theme was clearly on Commissioners’ minds as they discussed Recommendation 6.

Commission members agreed that, while allocations were unlikely to have been deliberately segregated, social factors where race might play a role – such as class, social mobility or affordability – might unintentionally have the effect of segregating demographic groups. As such, it was important to consider how allocation policies could be amended to better mix students from a variety of backgrounds and demographics. There was reference to the London Plan, which prevents new developments from segregating dwellings by different cost points, and questions about how student accommodation outside of the capital could follow suit.

Another important consideration was how to ensure that intentionally diverse accommodation was a safe place for Black students. One proposal was a charter for students to sign, outlining the responsibilities expected of students in a diverse and inclusive environment.

With a group of commissioners drawn from across the Higher Education sector, it was positive to hear commissioners discussing the opportunities that could come out of collaborating: not just between universities and private accommodation providers, but within universities too. One suggestion was that university accommodation teams could work more closely with their universities’ Black-led student societies such as Afro-Caribbean Societies in order to build trust and learn how they could help Black students to feel a sense of belonging in accommodation.

There was a strong feeling across the group that universities could influence private accommodation providers to do more to encourage diversity and inclusion, perhaps by incorporating diversity training requirements into nominations agreements. This also applied to contracts with suppliers such as catering teams, as by including diversity requirements in tenders, campuses could become more diverse and inclusive.

Much, much more was discussed, and dozens of ideas were bounced about by an engaged group. In the coming weeks, the commission will agree on and take actions at a national level, agreed collectively and taken forward by one or more members. We will continue to update on the Commission’s activity over the next year on the Commission homepage.

Want to share your thoughts on these discussions? Have ideas for how the sector can be supported to implement some of these actions? Email us at lburesearch@unitestudents.com.

Stay tuned, and register for the Unite Students Higher Education mailing list below to keep updated on the Commission! You can also read Professor Solanke’s blog about the Commission for HEPI here. 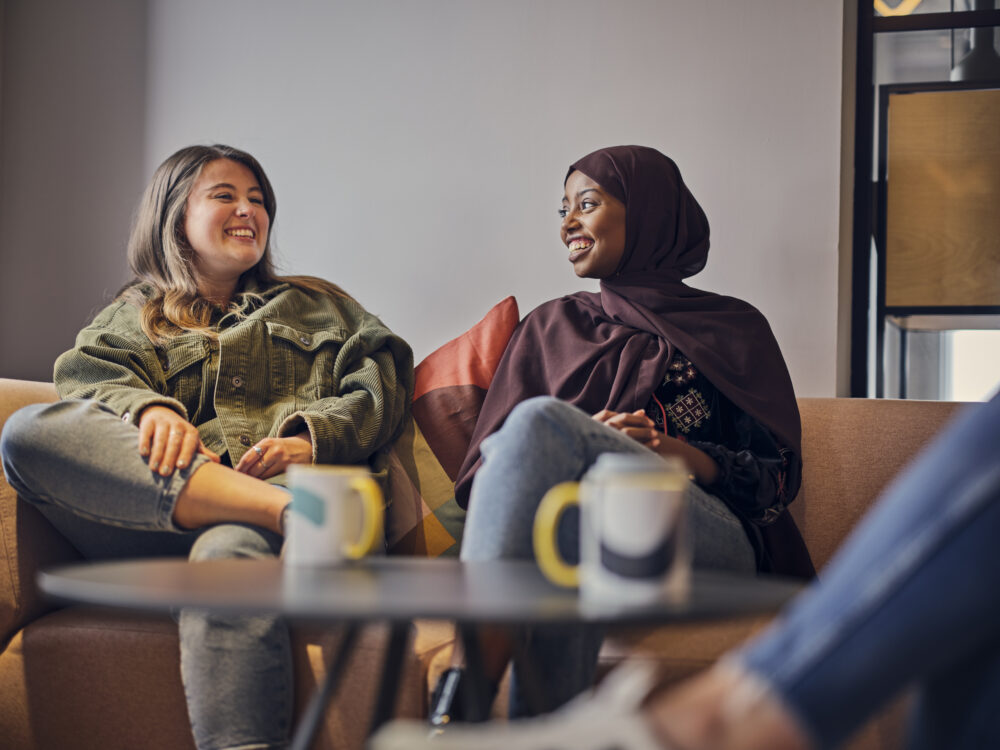