How has the LGBTQ+ student experience changed over time?

Unite Students is proud to share that we are sponsors of National Student Pride for 2022. As part of LGBT History Month, founder Tom Guy and colleague Celine share their experiences of being LGBTQ+ students at university 14 years apart, what has changed since then, and why National Student Pride was founded.

Tom: I grew up and went to school when Section 28 was law across Britain, prohibiting the “promotion of homosexuality” by local authorities. It was introduced by Margaret Thatcher’s Conservative government and meant that there was no mention of gay relationships at school. At the same time, the media were constantly putting out anti-gay stories. I was raised Catholic and being gay did not sit well within the church and, like most of my LGBTQ+ peers, I grew up with gay shame.

It was only when I left home and started at Oxford Brookes University in 2003 – the year Section 28 was repealed – that I came out. I joined the LGBT Society, but I was still anxious about being out on campus and how it was perceived by others.

Celine: I enrolled at the same university in 2017 and, honestly, compared to Tom’s era there were many more LGBTQ+ personalities in the media and conversations about being LGBTQ+. But I was not out to my family – just a few friends. I felt so isolated and scared 24/7 that someone in my family would find out about my sexuality; that I like girls. As not only part of the LGBTQ+ community but also a person of colour (PoC) who emigrated from the Philippines with a Catholic family, I had multiple layers of marginalised identities.

I thought, since I was at university and in a city where no one knew who I was, I could freely be me – but I was wrong. I did not fit in within the LGBTQ+ Society, as it was predominantly white. There were no other brown people like me and I didn’t feel like I could relate to anybody; I didn’t feel like I belonged. Although I made a lot of friends at university, only one was gay, and I still felt empty not being surrounded by fellow LGBTQ+ people that I could relate to.

I came out to my family a year later, in summer 2018. My parents did take a little time to accept it, but now I can talk to them about girls I am dating or my girl crushes. After coming out, I felt empowered to advocate for the LGBTQ+ community: I was elected the LGBTQ+ officer of my student union, and later became the president of the LGBTQ+ Society in my last year in university. My goals and objectives were to increase the engagement and diversity of our LGBTQ+ student community at the university, so no one would feel alone and isolated as I did.

Tom: It’s now the biggest student pride event in the UK, but National Student Pride began when I was doing my undergraduate degree. The Christian Union held a talk on homosexuality and the bible, open to the whole university, and a trainee vicar attended to give a homophobic presentation. This, in tandem with my own Christian upbringing – and having had a well-meaning but ill-informed member of the Christian Union tell me that it was wrong to be gay during freshers’ week – compelled me, along with others in the LGBT Society, to organise a talk with an inclusive point of view.

And so National Student Pride was founded. Within three months, we had organised our first event, inviting students from across the UK to a panel discussion which included a vicar and a rabbi. More than 200 students from 15 universities came together to attend it.

Celine: I think that even today there is a lot of progress and change needed in universities, but I can say that today’s universities are far more progressive, thanks to a lot of hard work from student union staff and students. We have worked really hard at building a more visibly diverse LGBTQ+ student community, because everyone deserves a sense of belonging in their university experience.

The hard work from both Tom’s generation and mine, combined with years of LGBTQ+ advocacy and debates, has had a real positive impact. I recently met a new student and he told me that he’d joined the LGBTQ+ Society because he had seen many other people of colour be a part of it, which made me smile.

However, there’s still a lot of work to do in our universities – and many other institutions in the UK – to protect and assure LGBTQ+ students that they are safe at university. 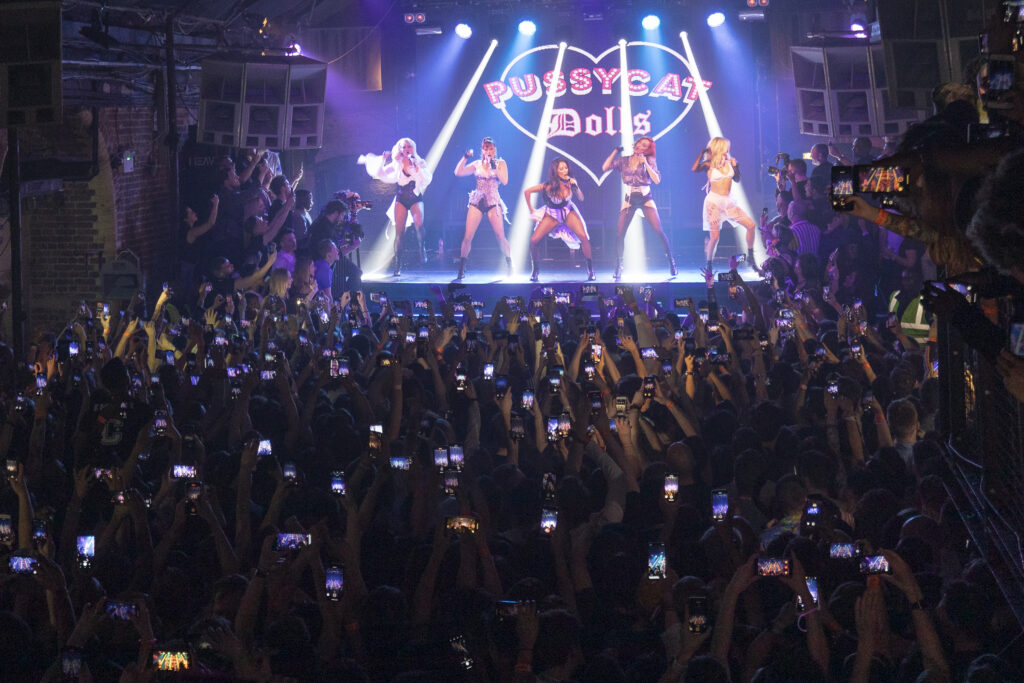 The Pussycat Dolls perform at National Student Pride in February 2020

Tom: I agree – our work to make universities a safer place for LGBTQ+ communities has brought positive change. 17 years into National Student Pride, we have students from over 170 universities and colleges attending our weekend festival in London, which this year is taking place from 8 to 10th April.

The core of the weekend is our free daytime festival and – just like the very first Student Pride – we focus on conversations, with two stages for debate and discussion. We tackle topical issues such as mental health, trans awareness, being LGBTQ+ in sport, and Black Lives Matter and intersectionality. In 2017, we held a panel on our main stage and ran a campaign where students sent Valentine cards to their MPs asking for sex and relationship education to include same sex couples; the following week, the government announced they were taking action by implementing it into law.

As well as panel discussions, we hold the UK’s largest diversity careers fair, which connects students and employers. This includes approximately 70 stalls, and we are delighted that this year Unite Students will be joining the likes of Clifford Chance, Microsoft, Amazon, Creative Assembly, and Santander at this event. We also hold two big parties at London nightclubs G-A-Y and Heaven; in 2020, the Pussycat Dolls headlined the club night.

Although I’m still involved in National Student Pride, it’s more on the strategic and guidance side; it’s now students who run and lead the event. We are a not-for-profit organisation with only one staff member, and all the money raised goes into the process of making and creating the event.

Celine: I now work with National Student Pride as chair of the media team. This allows me to continue my advocacy work by making sure that diversity and inclusion are always a part of our media strategy.

It’s such a fun weekend – you get to network and meet thousands of LGBTQ+ students from all across the UK, which you don’t get to do every day! I wouldn’t miss it for anything.

You can learn more about National Student Pride here. To support students who wish to travel to the event, we have created the Unity fund to put on free coach travel from Manchester. 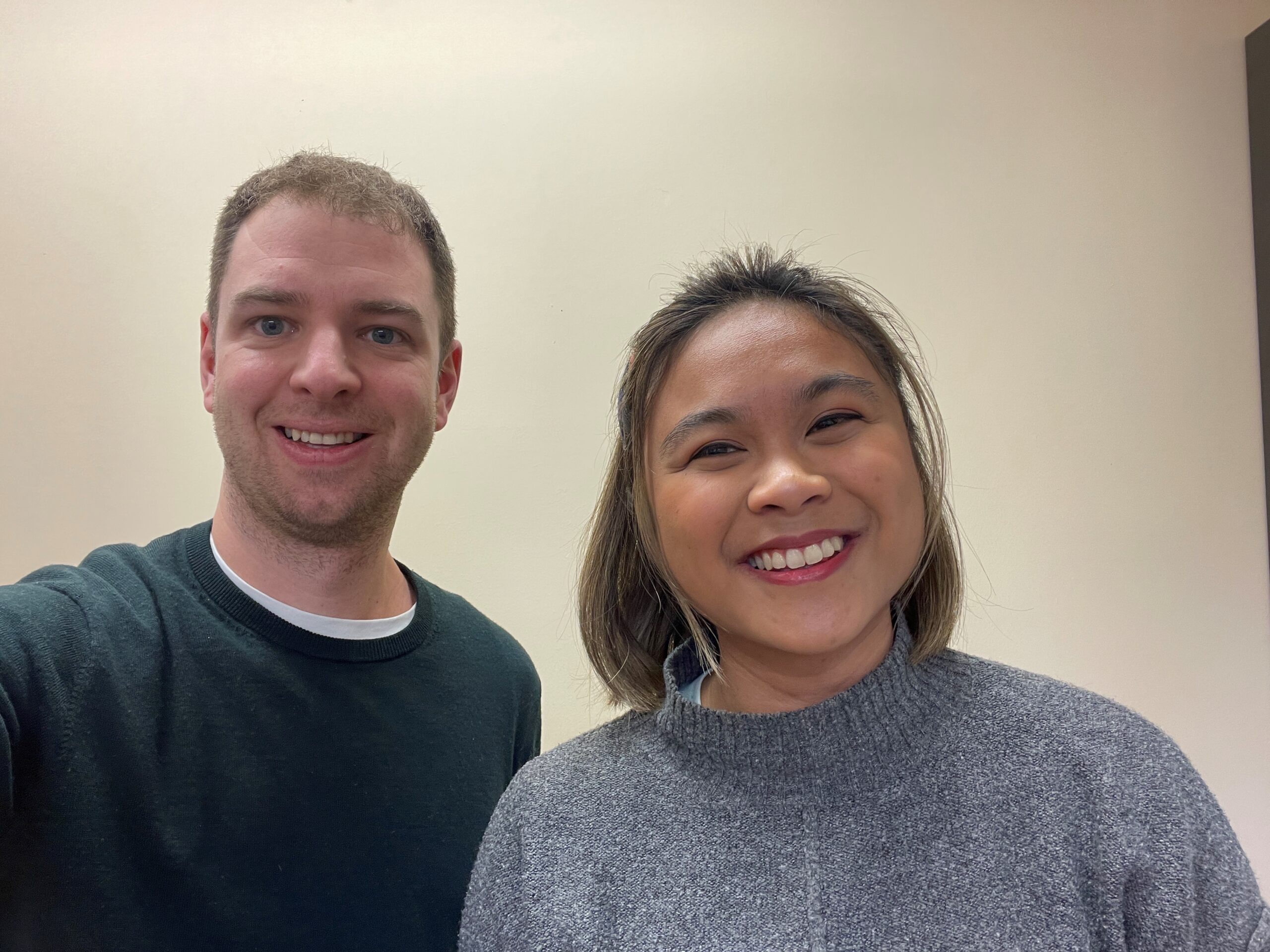