In September 2020, the UK government announced the £2 billion Kickstart scheme, aimed at getting young people into work. Unite Students has so far offered six-month placements paid at the National Living Wage to more than 80 young people aged 18-24 who were previously claiming Universal Credit, with opportunities for them to stay on as a permanent employee after the initial six months.

We spoke to a few of our new Kickstart employees to see how they’re finding the experience and what they’ve learned.

I was looking for work through the job centre; nothing specific, but not an office-based job, as it doesn’t suit me. My friend Edward was on Universal Credit at the same time, and he got hired by Unite Students to a maintenance position through the Kickstart programme. He kept talking about how good it was, and how I should apply as they were looking for more people. I was intrigued, so I mentioned it to my work coach and he put me in touch for a position in east London.

It was daunting when I first started – I’m in the biggest building in the area (Stratford One) and it took a week to get my bearings, and I’m the only woman in the team, so I wasn’t sure whether that would be an issue. But I’ve very much enjoyed it so far. Everyone’s been really good with me and they’re all willing to help. I’ve been able to learn so much. I’ve done a bit of maintenance before, painting for example, but I now know how to fix a sink, which is something I can use in future.

I’d previously worked as a receptionist, but there was very little freedom to it and even though I was trained, it felt like management didn’t trust me. Here, you get responsibility and freedom like I’ve never had in a job before, and you get to experience things rather than just being told how to do it. For example, three weeks in, I got to manage some painters who were working in the building. It wasn’t in my job description, but I was given the opportunity and kept it all under control. They put a lot of faith in new workers. It’s my number one thing about working here; it’s really refreshing, especially at such a big company!

I ended up on Universal Credit shortly after I was furloughed and then made redundant by Greggs. I wasn’t getting interviews, but the job centre mentioned Kickstart and asked if I wanted to join it – of course I did! Among the applications I was given by my work coach, I saw the Unite Students opportunity. I thought that working with students sounded pretty cool, as I’ve not worked around them before. Two interviews later, I had the job!

I’ve been here a month and it’s amazing; I’ve been loving it. My manager tells me how great I’ve been and gives me help and support – I’ve never had a job before where I had so much praise, respect or responsibility. And I’m part of a team, which is my favourite part of the role. I’ve got all the support I need, there’s always someone there to help, and the people here love what they do.

Being on reception is fun, as I’ve got people all around me and I get to chat to customers. Some of the things that students come out with give me a good laugh! The time just flies by working here; an eight-hour shift here is like a four-hour shift at Greggs.

My placement here is six months, and my manager asked if I want to extend it. As long as I keep doing well and keep my head down, I definitely think I will. I’m good at communicating, but I’ve got better at listening since coming here; I’ve also learned much better timekeeping skills, something I’ve always been pretty rubbish at. Even if I don’t get the extended placement, I’ve learned some transferable skills that I can take with me in the future.

I’ve always had a passion for engineering and things like that, so working behind a desk wasn’t the job role for me. I’d rather be doing something practical, hands-on work. I think that’s why the role at Unite Students came up on my job list, because I was looking for jobs like that.

I’ve been here for four weeks so far and I’m really, really enjoying it. I now know how to use a jet washer, I can take silicone out of windows, fix or adjust cupboard doors… These skills are a little perk of the job: if you had a wonky cupboard at home, you could go home and adjust it yourself. If you needed to fit a new carpet at home, you don’t need to pay someone else to do it. Over time, I’ll progress to doing bigger things – I’m excited to learn new things and see what comes of it.

I was really surprised by the people; everyone was so upbeat and friendly, like a little family. It was really nice to walk in, be welcomed and feel like I’ve known these people for ages, not just a month. The main thing for me was to ensure I enjoyed the work I did. You spend more time at work than at home, so I wanted to make sure the atmosphere in the workplace was suited to me – and it really is, so I’m really happy with it.

I like bits about every part of it, even just coming in in the morning and saying hello to everyone. The plan is to stay on if they keep me after the six months, and it’s definitely something I can see myself sticking at and enjoying.

So it’s working well for those on the scheme – but what’s it been like from a business perspective?

Felix Wright, Area Manager for Bristol and overseeing the Kickstart programme at Unite Students: “In October 2020, we had a surge of Covid cases in the student population and our city teams were really stretched. Kickstart has given us an excellent opportunity to not only support our city teams, but support young people on universal credit at the same time.

We’ve brought 84 candidates into the business as part of Kickstart so far, and we hope that a large number of them will stay on beyond the six-month program and become permanent employees. To make them really feel like a part of the team, we pay them on the same rates as equivalent team members and offer up to full time hours (37.5 hours) – the scheme only requires paying national minimum wage and 25-hour weeks.

It’s been hugely positive for us so far – many line managers have said that they’re already seeing Kickstart employees as potential long-term employees.”

Get to know more of Unite Students’ employees through our Day in the Life series. 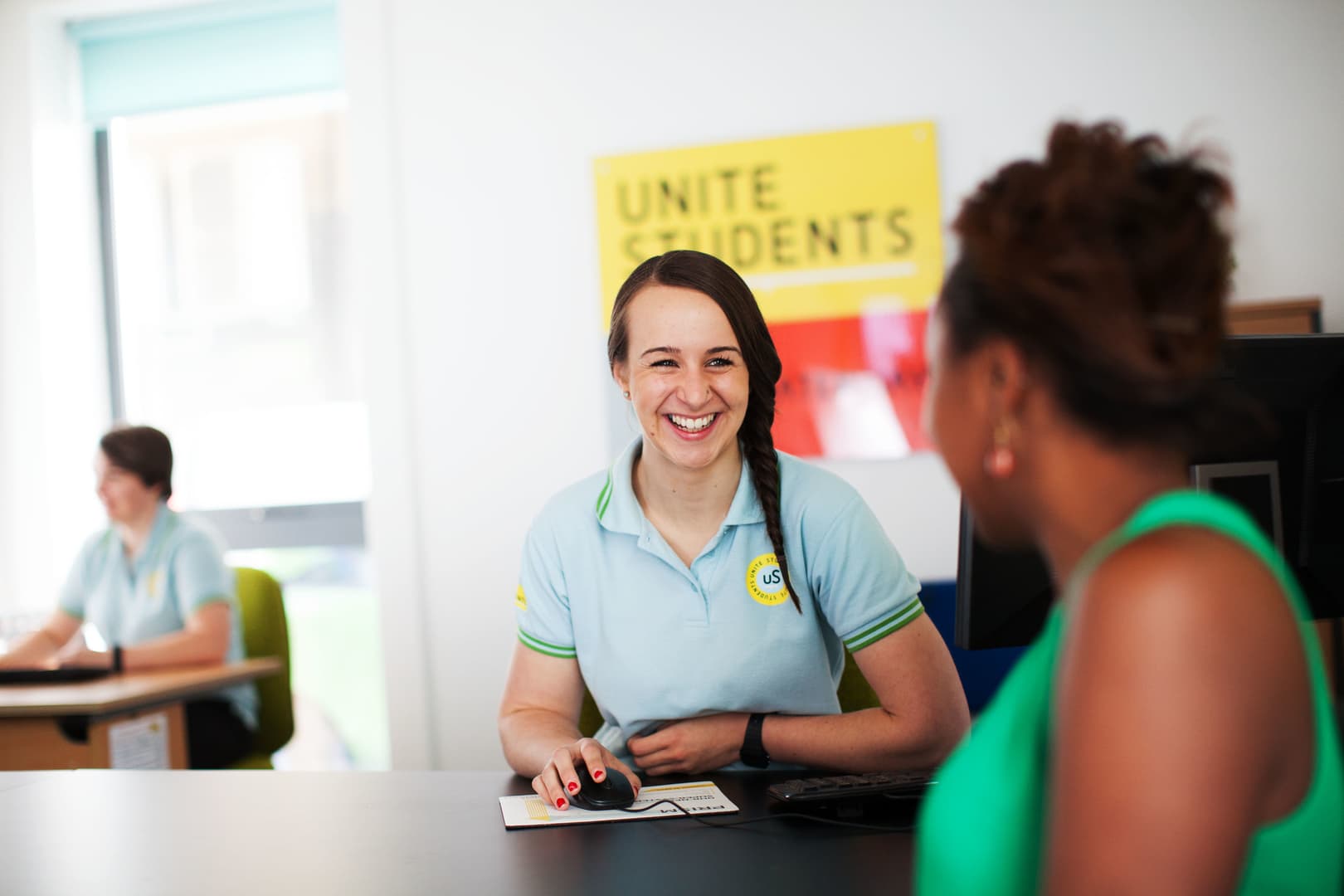