International Women’s Day is an opportunity to celebrate the social, economic and cultural achievements of all women. Here, five Unite Students employees provide an insight – in their own words – into their experiences during their career in a bid to help break the bias. 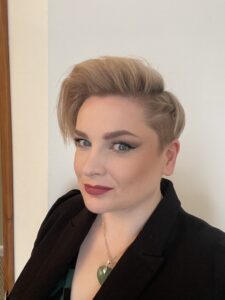 My legacy – what I stood for, and what I leave behind – sometimes crosses my mind, especially as I surpass the age at which my mother passed away.

Is that legacy being the girl from a large family who grew up in poverty, hiding behind the sofa from debt collectors? The 16-year-old who left home, never to return. The 24-year-old who dealt with a seriously injured student on her second day working at Unite Students The 30-year-old who was the first woman to work within a specific estates function of that university. The 36-year-old who re-joined Unite Students and has progressed up to an Area Manager role.

Or, is it the wife, friend, sister, daughter and dog parent I am now that matters? I am still figuring that out – but from a working perspective, I am often asked: “Does my gender really matter?”

Yes, being born a woman has in a way been a hurdle, but it’s also been a hurdle to come from poverty, be too extroverted. Too impatient. I’ve heard my fair share of sexism through jobs over the years. I’ve witnessed female leaders – including myself – being told what not to wear, that they mustn’t cry because it’s weak, that they wear too much or not enough make-up. Fortunately, I’m made of stern stuff: if someone tells me I wear too much make-up, you bet I turn up the next day with more make-up on than ever! But not everyone can brush it off, and they shouldn’t have to.

However, learning not to hold on to negativity, anger or grudges has been a key lesson for me to progress within any business – and for me, that’s not necessarily a gender issue: the older I get, the more I learn it’s a people issue. Cruelty is genderless! Not holding onto anger and negativity doesn’t mean losing your voice or your ability to stand up for what you believe in.

Achieving your full potential as a woman needs resilience, sheer will and determination. I’ve failed and failed hard – but always got back up, let it go and cracked on. You must be confident in your ability, even if it scares you. Do the work, know your stuff, and push for that promotion, pay rise or credit for the work you do.

If someone else is intimidated by it, that’s not your fault – but deal with it appropriately and don’t be petty or vindictive; ultimately it will hurt you professionally. We all make mistakes and at times people don’t understand the power of their words, but what they take from you is determined by what you are willing to give up.

Someone once told me that all jobs are temporary. Life is short; you don’t get a do-over. So do the best that you can do and know when to walk away so you aren’t brought down by others’ negativity and ignorance.

I’ve thought long and hard about what #BreakTheBias means to me. For me, it is about a gender equal world. A world that is diverse, equitable and inclusive.

IWD is a day for pause and reflection, highlighting the gaps to the gender equal world whether that be the gender pay gap, or the equal opportunity to have a seat at the table. It is also a time for me to take the time to celebrate and recognise the achievement of amazing women before me who have fought for equal opportunity, sharing their stories with children to make sure we continue to strive for equality, and not take it for granted.

Personally, having previously worked in the hospitality industry, I was faced head on with gender discrimination from the moment I applied to attend hotel school at the age of 17. I was advised by the faculty that interviewed me for my place: ‘Did I know that they only take a handful of women onto the course, I would be super lucky to get in, and by the way, did I know that most women drop out’. This was the start of my entry into the industry. I wonder what they said to the male applicants. From that day on, I was determined to prove them wrong and even more determined to make a successful career in a very male-dominated industry.

The second time I faced this indirectly was when I was applying for my first Directors role, having returned from maternity leave. My boss at the time asked me: ‘Was it such a wise idea applying for a step up while juggling being a full-time working mum’. Again, I questioned if he would have asked a new dad the same question. And again, when considering a VP role with the organisation it was suggested to me that I would not be able to manage the role due to being a full-time working mum. All these conversations in the way they are framed added to an increase in imposter syndrome. A list of why I could not succeed rather than starting with the reasons why I could.

During my career I have been mentored by some amazing men and women, who have helped me change my thinking, to break down my imposter syndrome. This has stopped me from talking my way out of things, as if I am the right person for the role – then the company will adjust to support me. So, I hope that during my career I can mentor others and perhaps even inspire them – you can be a determined career women and have a family. You do not have to give one up to have the other. Surround yourself with people who remind you of that – you can do anything if you put your mind to it, no matter who you are.

Hopefully our future daughters will not have to have a IWD, but will celebrate that women around the world have an equal footing. 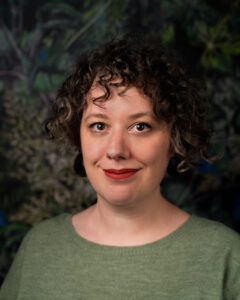 Prior to working for Unite Students, I worked for a charity that provided housing for the elderly. The skills I developed from when I started working at 14 have helped define my career. These residential care homes focused on fostering independent living and community, but there was huge variance in the residents’ health and mobility. It required empathy, compassion, patience, and perseverance.

I was largely surrounded by women in this workplace, and I learnt a lot from colleagues and residents alike. I have fond memories of many of the residents I helped support who have since passed away. 12 years later I still have huge admiration for those who continue to work in the care industry, especially during Covid.

I worked in residential care to support myself through university, enabling me to graduate with a substantial loan, but minimal debt. Unite Students was my first career opportunity in another field, and I’ve been here ever since. I credit this to the development opportunities I’ve taken along the way. I started as a Customer Service Advisor and progressed into various management roles within London. I’m now part of Central Operations where I continue to support the Field Operations teams, which I was a part of for so long.

I consider myself fortunate to have had this career path as it’s not always easy for women to progress, particularly due to bias in the workplace. It’s been challenging to create opportunities, but I’ve had role models within our business. Most recently I’ve become the employee representative for our Women’s Network and my ambition is to ensure opportunities are always open to those who want them, but to also support those who want to be the best at what they do. 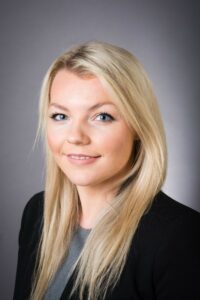 Since entering the property industry in 2013, I have enjoyed the opportunity to work in a challenging and rewarding sector. During my career, I have been surrounded by successful and inspiring women and men, who have been both supportive and influential in helping me achieve personal and professional ambitions. As an acquisition and development manager in the Unite Students’ property team there is a strong sense of inclusivity and support, with the opportunity to work with market leading experts on best-in-class development projects.

The 2022 IWD campaign theme of #BreakTheBias is particularly pertinent in the world of property. The property and construction sectors are male dominated, where women continue to be underrepresented, accounting for just 15% of the industry. This needs to change and on this IWD, I would encourage everyone in the industry to support more diversity and inclusivity in order to create a more balanced work environment at a time when this has never been so important; free of bias, stereotypes, discrimination, and where difference is valued and celebrated.

IWD is also an opportunity for us all to celebrate, recognise and reflect on women’s achievements as we work towards a world that is less homogeneous, more equitable, and fully inclusive. 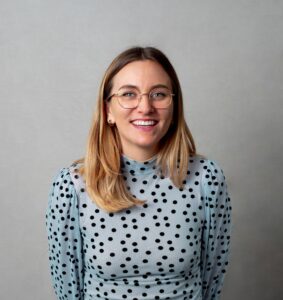 Just over three years ago, I chose to pursue a career in equality, diversity and inclusion (EDI). The field was just starting, and whilst some huge organisations were starting to take it seriously, it wasn’t part of the global conversation.

I set out on a career path, hoping that once I had finished studying, people would be talking about EDI the way I was. I applied to do a master’s degree to study gender studies, with a specialisation in intersectionality and change, based at a university in Sweden. It was the only university that consistently acknowledged gender as intersectional, which was something that was really important to me; I didn’t want to study gender, social structures and inequity in an echo chamber, surrounded by people who looked and sounded like me, as if gender identity was only experienced by white British women.

Whilst studying, the landscape changed as I hoped, and equality, diversity and inclusion became part of the global conversation. Just look at Unite Students journey. In just one year, we have appointed a Senior EDI and Wellbeing Manager and built a team dedicated to improving employee and customer experience.

My degree also helped me to understand my own gender identity; that my experience as a cisgender woman does not sit alongside the hardships I have faced in life, but alongside my privilege. Progression made in the UK, by people before me, has given me access to education, rights and experiences that have brought me to where I am today.

IWD to me is celebrating the progression to equity that we have made, but also recognising that we are not done. It is recognising the experiences of women globally, and those who do not identify as women who also experience oppression, bias, and discrimination. 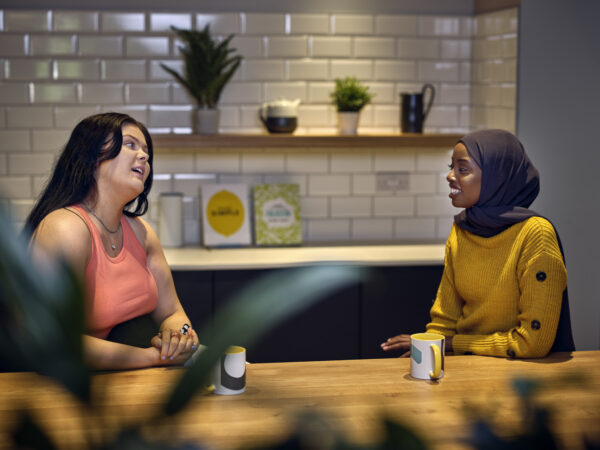