A Welfare Revolution? The role of University Security in Student Welfare.

When I first joined the University of Nottingham Security team my working life was consumed by theft, burglary, anti-social behaviour, student pranks and of course raucous alcohol fuelled parties. All in all, a very challenging but interesting time that went a long way to convincing me that variety really is the spice of life. Investigating burglaries one minute, chasing and apprehending cycle thieves the next. My night shifts were spent dealing with bizarre situations and I regularly wondered what obscure student code ‘fancy dress’ came from, why did the rugby team night out mean they all had to dress as fairies? Yes, I did put fairies and rugby in the same sentence and to be fair it was a sight to behold, especially passed out in a flower bed at 3am. I would just like to add that I did assist in helping them to their own beds. Freshers was undoubtedly my favourite time of year, largely because incidents and behaviour were inexplicably peculiar, and I would smile for an entire shift.

Over time, nearly fifteen years of time, I watched the security section progress from a proactive enforcement service, whose aim was to ensure compliance with policies and procedures, into a customer care role. Now, did this transformation materialise as part of conscious strategic planning or was it influenced by other factors? Social change, expectation and demand, or maybe even technology?

University Security Officers primary responsibilities were the security and safety of students, staff, visitors and campuses. In the ‘good old days’, at 6 o’clock prompt, several officers would patrol academic buildings with huge bunches of keys and physically lock doors in order to secure them. This was exceptionally time consuming and two patrols of these buildings would easily occupy those officers for the majority of an eight-hour shift. Technology, with the introduction of door access systems, completely transformed the role, by negating the need for a physical lockdown, and significantly reduced the time officers spent plodding around empty academic buildings. In practice this also afforded the opportunity to deploy security officers out and about, meeting and greeting, a visible presence that was interacting with students and staff.

To coincide with this there was a much-needed revamp of the security uniform; out with the white shirts, black ties and epaulettes and in with polo shirts. A friendly, approachable persona replacing the previous authoritarian image.

Societal changes, the emergence or increase of disclosures, diversity and transparency forced a marked increase in the importance of student welfare. Whilst Student Services had always supported wellbeing and mental health issues there was now a much more collaborative approach between departments. Security, Accommodation and Student Services all with a common goal. The welfare revolution had begun!

Fifteen years ago, wellbeing and mental health cases were few and far between and unless there were ‘security’ issues that posed a physical threat to human life, the security team were seldom involved. However, cases were now quite prevalent across the student body with issues and concerns far reaching across all aspects of welfare. This further enforced the need for change.

The welfare revolution continued to gain momentum with awareness training delivered to the security team, the development of escalation models and lines of support. The expansion and development of Student Services generally allowed for a closer working relationship between the two departments. Collaborative working had finally arrived, and it had arrived in style, with the campus doctor’s surgery also on board!

Welfare cases continued to rise, with evidence of more complex cases emerging through disclosures. Mental Health incidents were causing the most concern due to the alarming increase in frequency. What were the contributory factors that could explain this surge? Substance abuse was prolific throughout universities and the evidence of a heavy drinking culture was clear to see. On the other hand, you could argue that the stigma surrounding mental health had marginally reduced and that allowed some students to feel more able to disclose. We could suggest all manner of reasons but in all honesty, there were, as always, more questions than answers.

Security would be first on the scene of major incidents, self-harm, attempted suicide, drug overdose, sexual and domestic violence. Debriefing sessions were fundamental in reviewing and updating policies and procedures so that they were fit for purpose. They also provided a platform for determining the impact on officers. Were they ‘taking the job home’ and was regular, and often prolonged, exposure to traumatic situations having a negative impact on their wellbeing? Were they receiving the support that they needed? This highlighted the need to ensure that appropriate confidential support was accessible to all officers. Yet again the welfare revolution had gathered pace in the form of a partnership with Staff Counselling Services.

Largely speaking, most officers responded positively to this more challenging role and embraced the opportunity to increase their skill set. At this point it is only fair to point out that many of these officers were ex-military and whilst they were extremely disciplined and focused, they lacked empathy. I always felt that this put them under increased stress as they went from a role with specific duties – using that key to lock that door – into an alien world with countless variables with no straight answers. There is a misconception that military guys are tough and can handle anything. Yes, they are tough, but they also have emotions, buried or otherwise. I must admit that I never really appreciated the implications of that statement until I attended a particularly gruesome student death, with an ex-military colleague, and found myself comforting him. You guessed it, this guy had encountered equally gruesome sights and been in unbearably traumatic situations which had resulted in PTSD. Clear and concise evidence that we do not know our work colleagues in any great depth, we have not trodden their path or seen life through their eyes. We are not qualified to decide what they can and can’t deal with, what we should do is listen and respect what we hear.

Once Mental Health First Aid was offered to officers it went a long way to resolving the above issues. As the training was not mandatory only those who had a genuine interest and felt comfortable in dealing with more challenging situations applied. Not necessarily fool proof but a marked improvement in recognising staff welfare needs.

The University Security Section has continued to progress and evolve within the increasing and ever-changing environment in which it operates. It provides an extensive and professional pastoral service to all its students and genuinely strives to be the best. Will it ever be perfect? No. Can it ever be perfect? No.

No two cases are the same so can anyone ever reach the summit of this unique learning curve? 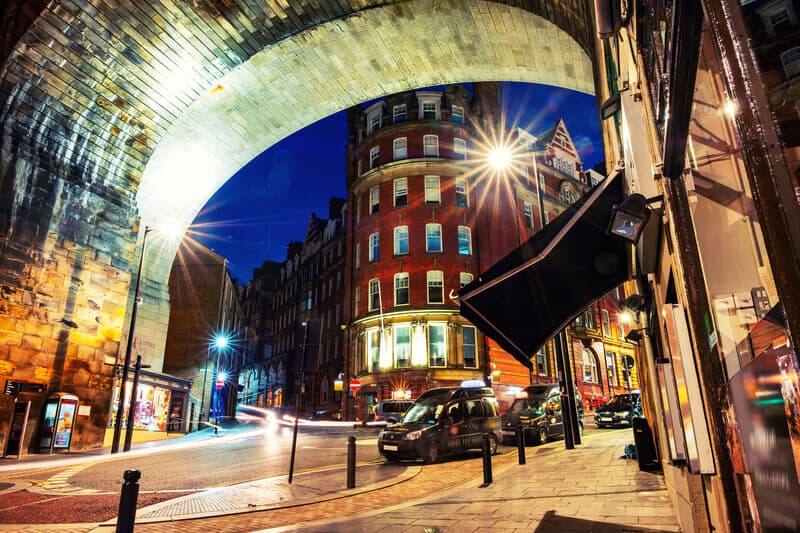